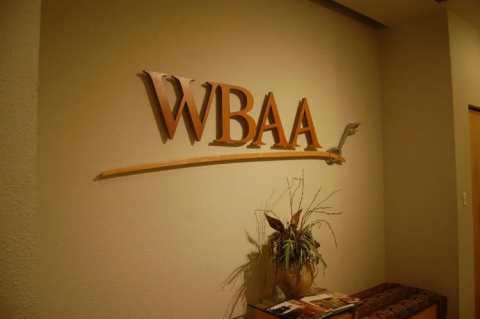 Purdue will have $700,000 of free advertising over a ten-year period

“Our full team is excited to serve the Greater Lafayette community, carry on the meaningful legacy of WBAA and discover ways to deepen services to both this new part of our listenership and our longtime audience members,” MIPM President and CEO Greg Petrowich said in a press release.

WBAA will maintain its call letters, its strong heritage and its physical presence in Greater Lafayette, the release reads. Local news and reporting, NPR and global news, and classical music — mainstays of WBAA’s current lineup – will continue to be aired on WBAA-AM and WBAA-FM and its digital frequencies.

“We are pleased to reach this milestone as we work to ensure a bright future for WBAA radio, its listeners and our students,” said R. Ethan Braden, Purdue senior vice president for marketing and communications. “Many thanks go to all those who have worked through important details over these past months. We are excited about the preservation of public radio from Purdue and the enhancements that will come through this partnership with MIPM and WFYI.”

The agreement establishes the following between the two parties:

Other aspects of the transfer are:

It's unclear how much MIPM paid Purdue for the license itself, if anything. It's unclear how many employees WBAA has, and the release makes no mention of what will happen to other employees not included in the four transitioning to full-time employment.

Purdue first announced it would hand the rights to the radio station over to MIPM on July 1, and the Board of Trustees approved the transaction in its July 7 meeting, The Exponent previously reported. The approval was met with fervor from community members and Purdue alumni who were upset over the sale, fearing the station would lose quality under a larger media corporation. Community members, including faculty and former students, protested the sale at the board of trustees meeting.

The deal was scheduled to be finalized on Oct. 1, according to a letter of intent sent to President Mitch Daniels from Petrowich on June 30, but neither party made any public statements about why or how the process was delayed. Because no deal was finalized until now, no official contract has existed.

The Exponent has filed a records request for the asset purchase agreement.