A fascinating story of a determined fighter against the KKK in Muncie, Indiana 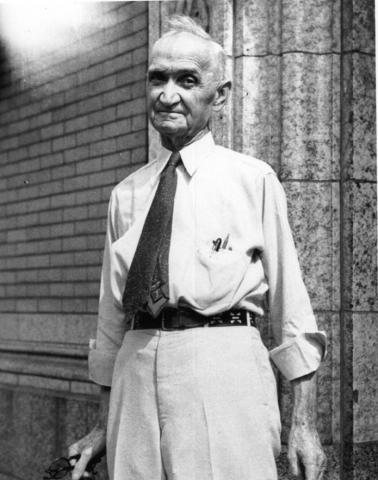 On February 5, 1867, anti-Ku Klux Klan crusader, newspaper editor, satirist, and one-term Muncie mayor George R. Dale was born in Monticello, White County. He used the power of the pen in the Muncie Post-Democrat to combat the rising influence of the KKK, skewering Klan members with statements like, "Aint it grand to be a one hundred percent American and wear your wife's nightie and a mother goose cap?"

Despite threats on his life, Dale won Muncie's 1929 mayoral race and served until 1935. His first action as mayor was to fire all members of the city's police force, many of whom supported the Klan's efforts.