IN Officials Ask Public to Weigh in on Electric-Vehicle Infrastructure 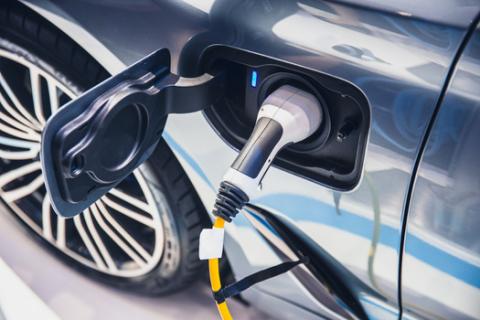 The National Electric Vehicle Infrastructure program has a recurring annual budget of $1 billion through 2026, according to the U.S. Department of Transportation. (Adobe Stock)

Indiana is in line to receive about $100 million from the federal government to support new electric-vehicle infrastructure. State transportation officials are asking Hoosiers to weigh in on how that funding should be used.

At a virtual open house on the initiative Wednesday, Scott Manning - deputy chief of staff with the Indiana Department of Transportation - said the department hopes to receive input from a diverse range of folks.

"We're very much interested," said Manning, "in hearing from as many different stakeholders as we can that have an interest in electric-vehicle infrastructure and how this funding can provide benefit for EV users, but also for local communities from an economic-development standpoint."

INDOT needs to submit its electric-vehicle infrastructure plan to the federal government by August 1. According to the department's website, the state will hear back on whether it was approved by September 30 and the funds won't be released until the feds approve the plan.

INDOT will host more public comment sessions, as well as other routes for public input, in the coming months. Folks can learn more on the department's website.

One of the program's goals is to meet the needs of underserved communities. A 2021 Washington Post analysis found that, in America's largest cities, white neighborhoods had a higher share of EV charging stations than Black and Hispanic neighborhoods.

Manning says INDOT has worked with Purdue University to map electric-vehicle charging deserts across the state.

"So we have a great data foundation," said Manning, "that will inform where we have opportunities to invest through the NEVI program to provide charging infrastructure in areas where we see opportunity to meet demand."

The money is coming to the state via the National Electric Vehicle Infrastructure program, an initiative included in the federal Bipartisan Infrastructure Law passed by Congress last year.

Through that law, the federal government is investing $7.5 billion to build a network of 500,000 electric vehicle chargers across America.