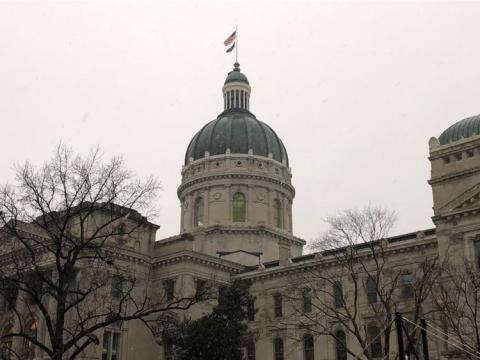 The Indiana House bill that would have required teachers to post their curricula died in the Indiana Senate Monday night.

House Bill 1134 targeted the teaching of critical race theory in public schools and passed in the House on Jan. 26, sending it to the Indiana Senate for a final vote, according to previous Exponent reporting.

The controversial bill would have required schools to post educational activities and curricular materials on the school’s website, according to the Indianapolis Star, passed largely along party lines a 60-37 vote in the Republican-supermajority House.

Senators adopted an amendment on Thursday to change the bill so that it “no longer contained any language about making students feel guilt or discomfort,” according to the Indiana Senate Republicans’ website.

“The Senate’s version of HB 1134 requires schools to give parents access to their learning management system and gives parents the ability to inspect learning materials upon request, but materials need not be posted before they are used in the classroom,” the website reads.

Republicans have a 39-11 supermajority in the Senate, but Senate President Pro Tempore Rodric Bray, R-Martinsville, said he didn't have the votes to support the bill, according to Indy Star reporting.

Members of the Purdue community criticized the bill after it passed the House, according to previous Exponent reporting.

Janet Alsup, head of curriculum and instruction within the College of Education, said the bill is complex and would put “additional strain” on teachers and could affect future teachers.

“Indiana already has a pretty significant teacher shortage in most areas,” she said. “Even as a college of education, we're working very hard all the time to increase our enrollments to get more teachers in the field working with students in our state.

“(This bill) could potentially make that situation worse,” Alsup said.

Quentin Smith, a junior in the College of Education and the president of the Purdue Student Education Council, said it could affect him and his plans to become a teacher in the near future.

“(This bill is) something that hurts me inside, especially being a junior,” Smith said. “In a year, I’ll be a student teaching.

“I don’t want to be censored. It’s not worth it. Giving more power to the parents than you give to the professionals is something that’s built for failure.”