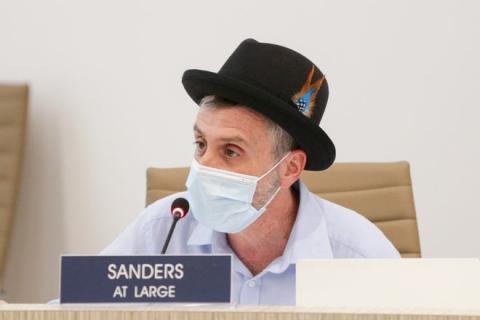 The official wording of the resolution is as follows: "A resolution opposing government participation in providing a stipend to remote workers who resettle in West Lafayette."

This funding will contribute to the WFP stipend program that provides incentives to participating individuals who relocate to "the City (of West Lafayette) and the Purdue Research Park Discovery Park District," should the participants meet certain requirements.

These requirements include: "(i) prior to relocation, reside outside of the State of Indiana; (ii) be employed by a company and in a position that permits for remote work; (iii) have an annual salary in such job in excess of $50,000 annually.”

"I'm quite concerned," Sanders said earlier this month, "about paying people to relocate to West Lafayette to do remote work. And so I'm trying to understand how that originated and why exactly we're doing that... I'm philosophically opposed to paying people to come here. And especially since we're paying people who we expect to have high incomes.

Sanders mentions the "cofounder and president of Tmapp, LLC" and his current and previous connections to Purdue University and Tmapp in Resolution 10-22. Oesterle previously served as Purdue President Mitch Daniels' campaign manager for his 2003-2004 campaign for governor. Oesterle served on the Purdue Board of Trustees from 2005 to 2011.

The resolution states, in part: "Whereas, the cofounder and president of Tmap, LLC is the former manager of the campaign by Mitch Daniels for the office of Governor of the State of Indiana and is a former trustee of Purdue University having been appointed by Governor Mitch Daniels; Whereas there is the appearance of potential impropriety of the existence of a contract between PRF and Tmap, LLC."

Oesterle reached out to the Journal & Courier to respond to Resolution 10-22.

"(Sanders) calls out my serving as Mitch's campaign manager in 2004," Oesterle said. "I mean, that has nothing to do with whether this is a good idea or not... Why does West Lafayette care, if it's a good deal? I also went to West Lafayette High School; does that mean I'm conflicted?"

Oesterle further cited MakeMyMove's beginnings and involvement in the program, and how remote work presented an opportunity for "economic development."

Sanders expressed concern to the Journal & Courier as to why remote workers are eligible for the program as opposed to in-person workers. Oesterle addressed the question of why people would move to West Lafayette if stipend-eligible work must be remote.

"(The reason the program focuses on remote workers (is)because you are looking for a life, a community, a place that feels a part of something. Obviously, our efforts may attract in-person work too... (The) remote workers (bring) a job, an income stream with them when they move. We can make a positive return on the investment."

Resolution 10-22 will be voted on at the May 2 West Lafayette City Council meeting.

Margaret Christopherson is a reporter for the Journal & Courier. Email her at mchristopherson@jconline.com and follow her on Twitter @MargaretJC2.