Tennessee Rejects “Moms for Liberty” Complaint Over Lessons on MLK 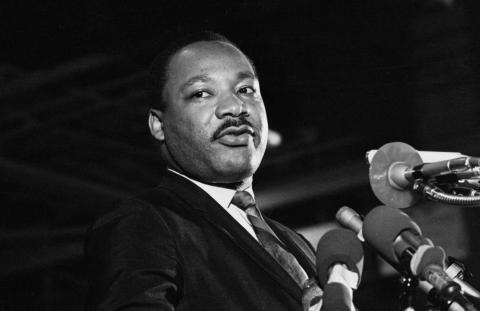 The Tennessee Department of Education rejected a complaint from the right-wing organization Moms for Liberty, which took issue with a historically accurate lesson plan used to teach elementary-aged children in Williamson County schools about the civil rights movement of the 1950s and 1960s.

In Moms for Liberty’s complaint, the organization said that the curriculum contained anti-American and anti-white teachings.

“The relentless nature of how these divisive stories are taught, the lack of historical context and difference in perspective, and the manipulative pedagogy all work together to amplify and sow feelings of resentment, shame of one’s skin color, and/or fear,” their complaint read.

The organization cited four books they took particular issue with, including one that discussed King’s March on Washington in 1963. The Williamson County branch of Moms for Liberty also expressed outrage that the curriculum included images showcasing white supremacists’ opposition to the Civil Rights movement, including “photographs of white firemen blasting Black children to the point of ‘bruising their bodies and ripping off their clothes.'”

Those images are indisputable historical fact — and by shedding light on racial justice activism in past decades, educators are ensuring that children develop an understanding of the role that organizing has played in shaping U.S. history.

But even though teaching historically accurate curriculums in classrooms shouldn’t be up for debate, Moms for Liberty claimed that such lesson plans resulted in students having to see school counselors to “overcome the emotional trauma inflicted upon them by what they learned in Tennessee public education.” Unsuprisingly, the group showed little concern about the emotional trauma that comes with actually experiencing racism, which is embedded in the U.S.’s culture and institutions to this day.

“Targeting elementary age children with daily lessons on fighting past injustices as if they were occurring in present day violates Tennessee law and will sow the seeds of racial strife,” the group claimed.

A statement from Great Minds, the company that developed the Wit & Wisdom curriculum, denied that their lesson plans violated state law. “The books, which introduce kids to facts about U.S. history, the arts and science, and values including strength, compassion and resilience, are chosen to match different ages and grade-levels,” the company said.

The department even suggested that the organization re-submit their complaint in the future.

“Please note that in declining to investigate these claims, the department has not made a determination regarding the merits of these allegations,” the department said. “We encourage you to work with the Williamson County School District to resolve the issues and concerns related to your complaint and ensure compliance with state law.”

The attempt to prevent educators from teaching about the civil rights movement in Tennessee schools was met with widespread criticism.

“This is so scary,” wrote Kimberly N. Foster, a cultural critic and the founder of the Black women’s website For Harriet.

Journalist Jenée Desmond-Harris pointed out the hypocrisy of Moms for Liberty and their far-right supporters.

“It’s been said a million times but my God, the anti-‘woke,’ anti-‘cancel culture,’ ‘free speech,’ ‘everyone is too sensitive’ crowd would be absolutely DYING over this — you wouldn’t be able to shut them up! — if it didn’t conflict with their actual most important value (racism),” Desmond-Harris said.

Published November 30, 2021
Chris Walker is a news writer at Truthout, and is based out of Madison, Wisconsin. Focusing on both national and local topics since the early 2000s, he has produced thousands of articles analyzing the issues of the day and their impact on the American people.