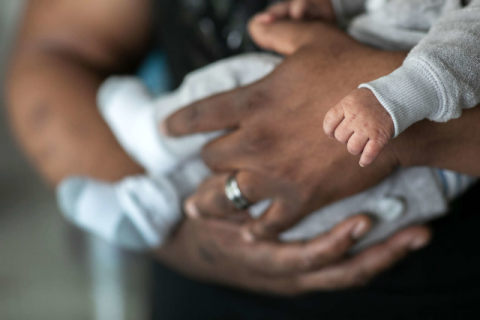 When New Zealand’s Parliament extended three days of paid leave to workers and their partners following a miscarriage, ectopic pregnancy or stillbirth, as well as to those whose plans to welcome a child through adoption or surrogacy become derailed, it cast a spotlight on how countries throughout the world treat the aftermath of pregnancy loss.

A Better Balance, a U.S. organization working to improve economic security and expand benefits for pregnant and parenting workers, is one of many groups that has weighed in on New Zealand’s expanded leave. “New Zealand’s policy shift opened up an opportunity for conversations about what workers need to care for themselves and their families,” Molly Weston Williamson, the group’s director of Paid Leave and Future of Work, told Truthout. “These conversations have centered around pregnancy accommodations at work, accessing paid family and medical leave, and getting paid sick days on the job for all workers.”

In addition, there has been renewed interest in discussing whether bereavement leave for pregnancy loss is a good idea, or whether it will play into the hands of conservatives who support measures to protect “fetal personhood.”

By all measures, miscarriages are fairly common, with the Mayo Clinic estimating that 10 to 20 percent of pregnancies end during the first trimester. Stillbirths, defined by the Centers for Disease Control and Prevention as the loss of a pregnancy after 20 weeks, are less common, occurring in one of every 160 U.S. pregnancies, or between 20,000 and 24,000 times a year. Lastly, ectopic pregnancies occur when a pregnancy is located somewhere other than the uterine cavity, such as in the fallopian tubes or cervix. Such pregnancies can never result in a live birth and typically require surgery to resolve.

As you might expect, it is impossible to predict the range and severity of someone’s reaction to pregnancy loss. Nonetheless, psychologists writing in the Journal of Obstetrics and Gynecology, report that most people “experience high levels of post-traumatic stress, anxiety and trauma” after losing a wanted pregnancy. Partners also suffer, often not knowing how best to share their grief or mourn with their loved one.

This is something Gennia Greene, a New York City-based educator, and her husband know well. Greene had three never-explained miscarriages over a two-year period before finally giving birth to a healthy daughter. “I definitely needed a few days off from work after each miscarriage, but what I needed even more was to talk,” Greene told Truthout. “I wanted to see a counselor or go to a support group with others who had been through this. My doctor was cavalier, and while she ticked off a lot of facts about miscarriage and how frequently they occur, I felt like there was a conspiracy of silence around them. I mean, if miscarriages are so common, why aren’t they talked about more openly?”

Greene never found the support she sought but was eventually able to move on, and while she supports New Zealand’s bereavement policy, she does not think she would have taken advantage of such a benefit. “I would not have wanted to tell my boss that I’d lost a pregnancy and needed time off,” she says. “There’s still a lot of stigma around miscarriage, especially when it happens repeatedly.”

Expanding Protections for All Workers

“New Zealand’s policy change took place against a different backdrop than we have in the United States,” Emily Martin, vice president for Education and Workplace Justice at the National Women’s Law Center, told Truthout. Among the differences, New Zealand’s workers are guaranteed four weeks of annual leave, 11 paid holidays, five days of paid sick leave after six months on the job and 52 weeks of parental leave.

Given the dearth of employee benefits in the U.S., many advocates see narrowly defined bereavement leave for pregnancy loss as too small a gain. Instead, Martin says that most advocates are pushing for a broader swath of labor protections.

“We are deeply involved in efforts to expand protections for pregnant workers, as well to make the U.S. more like the rest of the world on paid family and medical leave,” Martin says. “At the present time, there is not even a federal requirement for employers to provide paid sick time in this country.”

But, she says, this may be changing, in part because of COVID-19.

“We are seeing an unprecedented amount of momentum for paid medical and family leave,” Williamson of A Better Balance says. “Rather than calibrating leave for specific conditions like stillbirth or miscarriage, advocates are recognizing that people need paid time off whenever they get sick or need to take care of a family member who becomes ill. They needed this yesterday. They need this today, and they will need this tomorrow.”

Right now, just 20 percent of U.S. workers have access to paid family leave — a benefit that is voluntarily provided by only a handful of employers.

What’s more, only a handful of states and the District of Columbia require employers to give paid sick time to their workers. Connecticut will begin offering paid sick leave in 2022, Oregon in 2023 and Colorado in 2024. Meanwhile, just 20 cities currently mandate compensated sick time.

Winning Paid Leave for All

The Paid Leave for All coalition — a growing campaign that includes organizations like the AFL-CIO, the Economic Policy Institute, Forward Together, the National Education Association, Poder Latinx and Restaurant Opportunities Centers United — is working to extend paid leave protections to all 50 states. The coalition is supporting three pieces of legislation: the Healthy Families Act, the Family and Medical Insurance Leave Act and the Pregnant Workers Fairness Act.

Just 20 percent of U.S. workers have access to paid family leave — a benefit that is voluntarily provided by only a handful of employers.

The Healthy Families Act, sponsored by Representatives Rosa DeLauro (D-Connecticut) and Patty Murray (D-Washington), will give workers employed by companies with 15 or more staff members one hour of paid sick leave for every 30 hours worked, up to 56 hours, or seven days a year. Those working for smaller agencies or businesses will not be covered.

According to the National Partnership for Women and Families, passage of the act — however limited — will have numerous benefits, including a reduction in visits to hospital emergency rooms because people with paid sick leave are more likely than those without such coverage to see their family physician or find a local doctor when they become ill.

But despite their support for the Healthy Families Act, the coalition’s main goal is winning paid medical and family leave for every U.S. worker.

“The current Family and Medical Leave Act (FMLA), passed in 1993, does not include everyone. You have to work for a company with 50 or more employees, so most domestic workers and restaurant workers are not covered. Then you need to have been employed at the same job for at least a year and have worked at least 1,250 hours during that year,” Williamson says. “At least 40 percent of the workforce does not meet these requirements. Even more significant, the worker needs to be able to afford to take an unpaid leave since that’s the only right that the FMLA gives to covered workers.”

As updated, the revised Family and Medical Insurance Leave Act, introduced in February, would remove these barriers and allow workers to take compensated leaves for up to 12 weeks. Workers who are granted leave through the program will be able to collect approximately two-thirds of their previous salary as a wage replacement.

The program, Williamson says, will be paid for through a new social insurance fund created by contributions from both employers and employees.

The paid leave idea has gained traction amongst Democrats, Republicans, Independents and some members of the business community, who like it because it will reduce workplace turnover and contribute to a more stable workforce.

Although the new bill does not specify coverage for pregnancy loss, paid family and medical leave will provide time off for recovery from a miscarriage or stillbirth, as well as pre- and post-natal care, according to Williamson.

“After having a baby, people are more likely to return to their jobs and do well at them if they can take a needed paid leave first. When a family member needs eldercare, or a sick family member needs someone to be at home with them, paid leave can make all the difference in how they see their situation,” Williamson says. “Although women do the majority of the caring work in our society, the benefits of paid leave will ultimately extend to everyone.”

The Pregnant Workers Fairness Act, another bill supported by the Paid Leave for All coalition, would focus on ensuring that pregnant workers are able to receive the accommodations they need to do their jobs — for example, a different chair, permission to eat or drink at a desk, or the ability to move around or periodically stand up. Like the Family and Medical Insurance Leave Act, the bill has bipartisan support.

“Current federal law does not clearly guarantee pregnant workers’ right to reasonable accommodations in the workplace,” bill co-sponsor Rep. Bobby Scott (D-Virginia) said in support of the legislation. This includes water, seating, bathroom breaks and lifting restrictions. “These basic protections are critical to protecting pregnant workers from the tragic consequences of unsafe working conditions,” Scott said, “and they are particularly important today, as early evidence suggests that pregnancy leads to an elevated risk of severe illness from COVID-19.”

The current Pregnancy Discrimination Act makes discrimination on the basis of pregnancy illegal, but the sections on how and when accommodations should be provided are vague, Martin of the National Women’s Law Center says. She emphasizes that the Pregnant Workers Fairness Act would be a definitive step toward recognizing pregnant people’s rights in the workplace — and affirms that it should be just one part of a wider vision.

“We, as a country, need to provide protections for all workers who need them,” Martin says. “Thankfully, we are finally seeing meaningful progress on efforts to bring the U.S. into parity with the rest of the world.”