Guest Blog: Where Does the Bizarre Hysteria About ‘Critical Race Theory’ Come From? Follow the Money! 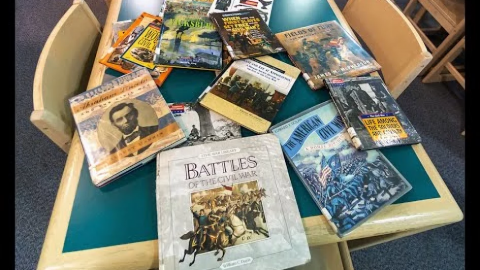 A timely and interesting guest post from Isaac Kamola of Trinity College.

There are now numerous well-documented examples of wealthy right-wing and libertarian donors using their wealth to transform higher education in their own image. Between 2005 and 2019, for example, the Charles Koch Foundation has spent over $485 million at more than 550 universities. As demonstrated by Douglas Beets and others, many of these grants include considerable donor influence over what gets taught and researched and even who gets hired. It should therefore come as no surprise that conservative megadonor Walter Hussman Jr. lobbied hard to deny the Pulitzer Prize-winning journalist Nikole Hannah-Jones a tenured professorship at the University of North Carolina journalism school that bears his name. Nor that her offer of tenure, awarded through the normal channels of faculty governance, was ultimately revoked by a far-right board with a long track record of hostility toward academic freedom and faculty autonomy.

The denial of tenure to Hannah-Jones is not an isolated incident, but rather one example of a highly organized, well-funded attack on those academics seeking to research and teach the actual legacy of American racism. This culture war onslaught has included concocting the boogeymen of “critical race theory,” “cultural Marxism,” “identity politics” and other supposed apocalyptic ideas that nihilist leftist academics dreamed up to destroy America and Western civilization. This attack was on full display in Donald Trump’s executive order banning implicit bias training and is regularly trotted out in an incessant hand wringing over safe spaces, trigger warnings and campus free speech. It is now enshrined in legislation in Florida, Tennessee and elsewhere preventing the teaching of critical race theory (CRT). By which, I assume -- and doing the right’s work for them -- they actually mean critical race studies …

Where does this bizarre attack on CRT come from? Most recently it has taken the form of a frontal assault on Hannah-Jones’s "1619 Project." The Trump administration even established the 1776 Commission to respond to Hannah-Jones’s claim that slavery must be recognized as central to the nation’s founding. Published two days before Trump left office, the 1776 Commission report was swiftly condemned as highly inaccurate, incoherent and regurgitating an outdated and false narrative of American exceptionalism.

It might be tempting, therefore, to read this report as merely clumsy revanchist nonsense forced upon society by the Trump administration. However, the 1776 Commission report should also be read as encapsulating the cottage industry among conservative and libertarian think tanks that specializes in stoking culture war outrage against those engaged in the critical study of race.

For example, the 1776 Commission was chaired by Larry Arnn, the executive director of the Aequus Foundation, which gives money to right-wing think tanks such as the Heritage Foundation and the State Policy Network (which networks Koch-funded think tanks). Arnn also serves as president of Hilldale College, itself funded primarily by right-wing libertarian think tanks.

Another commission member, Thomas K. Lindsay, is currently a fellow at the Texas Public Policy Foundation (TPPF), which works closely with the American Legislative Exchange Council (ALEC) to pass bills attacking renewable energy, denying climate change and undermining environmental protections. TPPF is funded by a “who’s who of Texas polluters, giant utilities and big insurance companies.” TPPF has received $4.1 million from Koch family foundations, millions in contributions from the Koch network’s donor-directed pass-through funds, Donors Capital Fund and DonorsTrust, as well as six-digit donations from the State Policy Network, the Bradley Foundation, Exxon Mobil, the Hartland Institute, the Cato Institute and many other prominent libertarian donors and organizations.

Victor Davis Hanson is a retired California State University, Fresno, classics professor and visiting lecturer at Arnn’s Hillsdale College. He is also a fellow at the free market Hoover Institution, which receives its funding from right-wing and libertarian donors (including the Sarah Scaife, Olin, Bradley and Shelby Cullom Davis Foundations). He has attended at least one Koch donor summit and serves on the board of the Bradley Foundation.

Charles R. Kesler, a government professor at Claremont McKenna College, is a senior fellow at the Claremont Institute (CI), which states its mission as restoring “the principles of the American Founding to their rightful, preeminent authority in our national life.” CI has collaborated with the David Horowitz Freedom Center to host the Dutch Islamophobe Geert Wilders. John C. Eastman -- who wrote the birther essay about Kamala Harris’s eligibility to serve as vice president -- is a senior fellow at CI, which receives funding from DonorsTrust, Donors Capital Fund, Bradley Foundation, the Aequus Institute and many other luminaries within the libertarian donor network.

Another commission member, Mike Gonzalez, is a senior fellow at the Heritage Foundation, where he regularly writes about the coercive effects of identity politics and diversity initiatives. His primer on critical race theory accuses CRT of destroying classical liberalism and Western civilization and unleashing the “Black Lives Matter insurgency” on society. The report is chock-full of concern about “postmodernists” and a fear that Friedrich Nietzsche, Herbert Marcuse and Joseph Stalin lurk behind every bush. His piece on "The 1619 Project" argues that one should look toward the 1620 Mayflower Compact, which embodies a “a new belief-driven” American identity (read: white and Christian) and juxtaposes this against Hannah-Jones’s “ugly view of the nation’s soul.”

The Heritage Foundation, where Gonzalez works, is a libertarian think tank created by Paul Weyrich (who also founded ALEC). It receives funding from the Scaife, Olin and Bradley Foundations; Koch family foundations; and others within the libertarian donor network.

Another commission member, Gay Hart Gaines, is a Republican activist who has been a member of various think tanks within the Koch network, including the American Enterprise Institute, the Heritage Foundation and the Hudson Institute, and has been chair of the National Review Institute.

The commission also included Ned Ryun, the founder and CEO of American Majority, which works to elect pro-corporate candidates at the state level, and especially in Wisconsin. American Majority is funded by the Milwaukee-based Bradley Foundation as well as $7.9 million from the Koch network’s donor-directed pass-through funds, DonorsTrust and Donors Capital Fund.

While not appearing in the final document, Trump originally announced that the commission would also include Charlie Kirk, the founder of Turning Point USA, who made his career attacking “radical leftist” academics. He calls universities “islands of totalitarianism” and claims in his book Campus Battlefield that universities “have become leftist echo chambers that reinforce an anti-American, anti-freedom, pro-Marxist worldview.” TPUSA receives much of its funding from DonorsTrust and Donor Capital Fund, as well as other libertarian donors within the Koch network, including the Ed Uihlein Family Foundation, the Bradley Foundation, the Bradley Impact Fund, the Einhorn Family Charitable Trust, the Marcus Foundation and other influential Koch network donors. Kirk also co-founded the now disbanded Falkirk Center (i.e. Falwell + Kirk) at Liberty University, which specialized in ranting about cultural Marxists, critical race theory and other right-wing culture war tropes, including discredited claims of voter fraud.

This raises the obvious question: Why are so many members of the 1776 Commission -- and the anti-CRT onslaught more generally -- so closely tied to Koch network think tanks and political organizations? Answer: because academic, journalistic and movement efforts to critically interrogate the lasting impact of slavery and American racism fundamentally challenge the free market fundamentalist ideology this network has mass-produced for decades. Koch network libertarians have propagated the fantasy that we all do (or should) live in a radically free market, populated by unraced and ungendered free individuals, all pulling ourselves up by our proverbial bootstraps. In this world, individuals are wealthy (or poor) on their own merit (or because governments tried too hard to make everyone equal). The founding myth for plutocratic libertarians -- an American dream on steroids -- is essential in maintaining this deeply ideological, pro-corporate policy agenda. This mythical narrative, however, requires studiously avoiding the fact that the United States is not a radically free market but rather a country founded on both the genocide of Indigenous peoples and the racialized practice of chattel slavery. Starting from the actual historical record, however, makes it impossible to take the libertarian mythology seriously -- a myth created by rich, cis, white males to justify their own economic superiority.

Think tanks and political operations within the plutocratic libertarian network have therefore invested heavily in this culture war position. Because they advocate unpopular policy proposals, corporate libertarians see CRT, "The 1619 Project" and other antiracist intellectual and political movements as posing an existential threat to their governing ideology -- one that depends on an imagined, asocial understanding of unfettered individual liberty. As such, we should not assume that the nonsensical and obscene 1776 Commission report will simply fade under withering critical scrutiny. Nor that Hannah-Jones will ultimately receive fair treatment by the University of North Carolina Board of Trustees. Rather, political actors, with political motivations, and a well-funded infrastructure, are behind this onslaught. As such, having an honest conversation about race in America also requires exposing, and pushing back against, those monied interests that are economically, politically and ideologically opposed to that conversation taking place.

Isaac Kamola is an associate professor of political science at Trinity College in Hartford, Conn. His research examines critical globalization studies, the political economy of higher education and African anticolonial theory. He is author of Making the World Global: US Universities and the Production of the Global Imaginary (2019) and co-editor of Politics of African Anticolonial Archive (2017) and The Transnational Politics of Higher Education (2016).