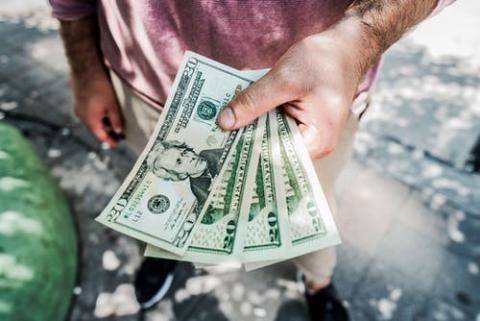 When Howard Dean first demonstrated an ability to fundraise over the Internet, I was thrilled. I saw all those small donations displacing the influence of the “fat cats” upon whom political figures had long depended. As time has passed–and as I have noted in recent posts–it appeared that my enthusiasm was premature. Successful candidates who had previously granted access to lobbyists and big donors now pander to the ideologically rigid, nuance-free extremes of their parties’ bases.

Back when I ran for Congress, the conventional political wisdom about fundraising saw political contributions not just as a way to pay for expensive television and direct mail efforts, but as an indicator of support. People who could raise respectable amounts–especially if those contributions came in early in the campaign–were seen to be more viable than candidates who struggled to raise money.

As we all know, some things have changed. Television and direct mail are far less important than less-expensive social media communications, for example. Other things haven’t: the importance of name recognition (the reason “celebrity” candidates with little or no government experience have a head start), and the still-potent belief that raising lots of money means the candidate has lots of grass-roots support.

And that brings me to an interesting story from ProPublica, about how Josh Hawley and Marjorie Taylor Green “juiced” their numbers using tactics that gave them the ability to claim grassroots support, and–not so incidentally– made shadowy consultants rich.

Two of the leading Republican firebrands in Congress touted big fundraising hauls as a show of grassroots support for their high-profile stands against accepting the 2020 election results.

But new financial disclosures show that Sen. Josh Hawley, R-Mo., and Rep. Marjorie Taylor Greene, R-Ga., relied on an email marketing vendor that takes as much as 80 cents on the dollar. That means their headline-grabbing numbers were more the product of expensively soliciting hardcore Republicans than an organic groundswell of far-reaching support.

Both Hawley and Greene touted their big totals as evidence of widespread support for their extreme positions. Pro Publica’s reporters begged to differ, pointing out that both had paid unusually high sums to rent a fundraising list from a company called LGM Consulting Group, which charges as much as 80% of the funds generated through its list.

LGM appears to be the consultant of choice for crazy candidates–the company fundraises for Lauren Boebert, among other far-right “stars” and in 2020, the firm’s clients included then-Rep. Doug Collins, a Trump ally who lost the Georgia Senate primary; Madison Cawthorn, the 25-year-old congressman from North Carolina who spoke at the Jan. 6 rally; and Laura Loomer, a far-right internet personality who calls herself a “proud Islamophobe” and lost a run for a Florida congressional seat.

As the report notes, the rise of email fundraising has proved irresistible to several less-than-scrupulous marketing consultants, and has facilitated their ability to profit handsomely.

Hawley’s and Greene’s list rentals show how politicians can pad their fundraising figures — if they’re willing to pay for it. There’s scant evidence that fundraising success represents broad popular support for a politician outside the narrow slice of Americans who make political contributions, and many of the people on the rented mailing lists may not have been constituents of Hawley’s or Greene’s. Still, the money is real, and the perception of fundraising star power is its own kind of success in Washington….

Political professionals have gotten more sophisticated about efficiently converting online outrage into campaign cash. At the same time, candidates who court controversy may increasingly rely on rage-fueled online fundraising as more traditional donors freeze them out. In the aftermath of Jan. 6, Hawley lost the support of some big donors, and major companies such as AT&T and Honeywell pledged to withhold donations from lawmakers who objected to the Electoral College vote.

“The news cycle that emerges out of controversial behavior by a candidate is like a strong gust of wind, and these mechanisms like list-building are the equivalent of sails,” said Eric Wilson, a digital strategist who has advised Sen. Marco Rubio and the National Republican Senatorial Committee. “For candidates like Marjorie Taylor Greene and Josh Hawley, who have largely been shunned by traditional corporate donors who are frequently the mainstays for elected officials, especially in off years, they have no choice but to pursue grassroots fundraising. And in order for that to work, they have to continue to make more noise. It is a feedback loop in that regard.”

There doesn’t seem to be an answer to the multiple dilemmas posed by money in politics…..