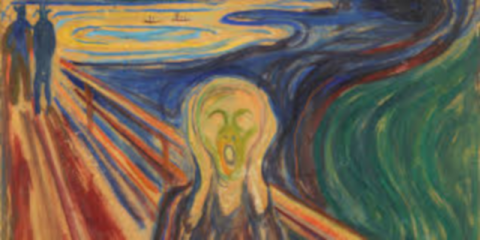 I know I write too much. I promised that I would try to restrain myself for a day or so from writing and posting my words of wisdom. But after reading my local morning newspaper I had to do something!

For starters, the local newspaper was bought out by the Gannett corporation a few years ago. Its reporting staff was cut. The paper is mostly filler: articles from other Gannett newspapers have no relationship to the needs of or information about the Greater Lafayette area. To fill up space, the obituaries, usually posted in the “Life” section are printed in a type face about four times the size of a few years ago. And there are full-page advertisements for remodeled bathtub showers, window replacements, furnaces, or hearing aids.

News stories, often on the front page, announce the opening of new delicatessens, restaurants, and mini-markets.  Also, the community gets information about the latest petty crime occurring in the community. Usually such stories are coupled with alleged criminals who are people of color. (Sometimes, we are told, they are criminals who came to the Greater Lafayette area from Chicago, 120 miles away. Chicago, we are led to believe, is the epicenter of crime and violence in the Midwest).

But what I read this morning was the last straw!  The Purdue story on page one was headlined: “Purdue University Hosting Paul Ryan, Heidi Heitkamp for Virtual Discussion.” These two speakers, retired members of the House of Representatives and Senate, “national political figures,” will be speaking on “American Democracy: Where Do We Go From Here.” This is part of the Purdue president’s continuing lecture series which over the years has included George Will, Condoleezza Rice, George Shultz, Arne Duncan, Bob Kerrey, and for those who wish to scorn Appalachian folks, J.D. Vance. Purdue President Mitch Daniels who is a former governor of Indiana assured citizens of the state in 2013 that as university president he would not be political.

In addition, the story reports on the co-sponsor of the talk, The Purdue University Political Discourse Club, an organization formed to support “civil political discussions.” The goal of the lecture series has been to expose students and the broader community to “inspiring ideas, courageous leadership and models of civic engagement and civil discourse.” President Daniels, applauded the students from The Political Discourse Club for their role “in fostering this type of civil discourse on our campus and a healthier political process overall.”

The story went on to tell that the rubber band became stuck on the man’s penis and he rushed to a teenage girl who was in the house to ask her to “remove the rubber band.” She refused. Fortunately, the story says, he was able to remove the rubber band himself but an affidavit was filed with the charge of “attempted child seduction.”  Since the man named in the story had three felony convictions he was charged as an “habitual offender.” The story did say that none of these prior convictions were sex-related crimes. And to summarize, the story ended: “As of Tuesday morning, ___ has not been arrested on the new charges, according to jail officers.”

Many well-meaning people are grappling with questions and seek solutions to problems including : “Why did the insurrection of January 6 occur?” “Why are we living in a world of crises including environmental disaster, pandemic, poverty, rampant violence, and racism?"  Perhaps part of our inability to understand the problems we face and to reflect on solutions to them relate to the inadequacies of  our educational institutions and the media.

As the great Hoosier novelist Kurt Vonnegut once wrote: “So It Goes.”