It’s Aggression When ‘They’ Do It, but Defense When ‘We’ Do Worse 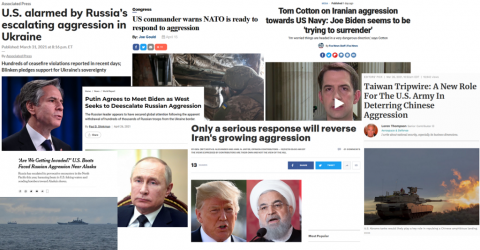 Aggression, in international politics, is commonly defined as the use of armed force against another sovereign state, not justified by self-defense or international authority. Any state being described as aggressive in foreign or international reporting, therefore, is almost by definition in the wrong.

It’s a word that seems easy to apply to the United States, which launched 81 foreign interventions between 1946 and 2000 alone. In the 21st century, the United States has attacked, invaded or occupied the sovereign states of Afghanistan, Iraq, Libya, Syria, Pakistan, Yemen and Somalia.

Despite the US record, Western corporate media overwhelmingly reserve the word “aggression” for official enemy nations—whether or not it’s warranted. In contrast, US behavior is almost never categorized as aggressive, thereby giving readers a misleading picture of the world. 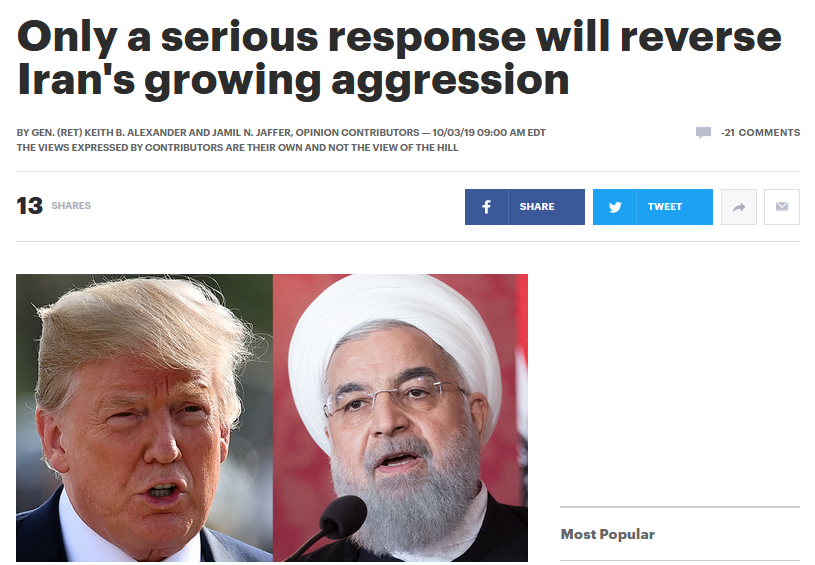 Perhaps the most notable internationally aggressive act in recent memory was the Trump administration’s assassination of Iranian general and political leader Qassem Soleimani last year. Yet in its long and detailed report on the event, the Washington Post (1/4/20) managed to present Iran as the aggressor. The US was merely “choos[ing] this moment to explore an operation against the leader of Iran’s Quds Force, after tolerating Iranian aggression in the Persian Gulf for months,” in the Post’s words.

It also gave space to senior US officials to falsely claim Soleimani was aiming to carry out an “imminent” attack on hundreds of Americans. In fact, he was in Iraq for peace talks designed to bring an end to war between states in the region. The Iraqi prime minister revealed that he had invited Soleimani personally, and had asked for and received Washington’s blessing to host him. Trump instead used that information to kill him. 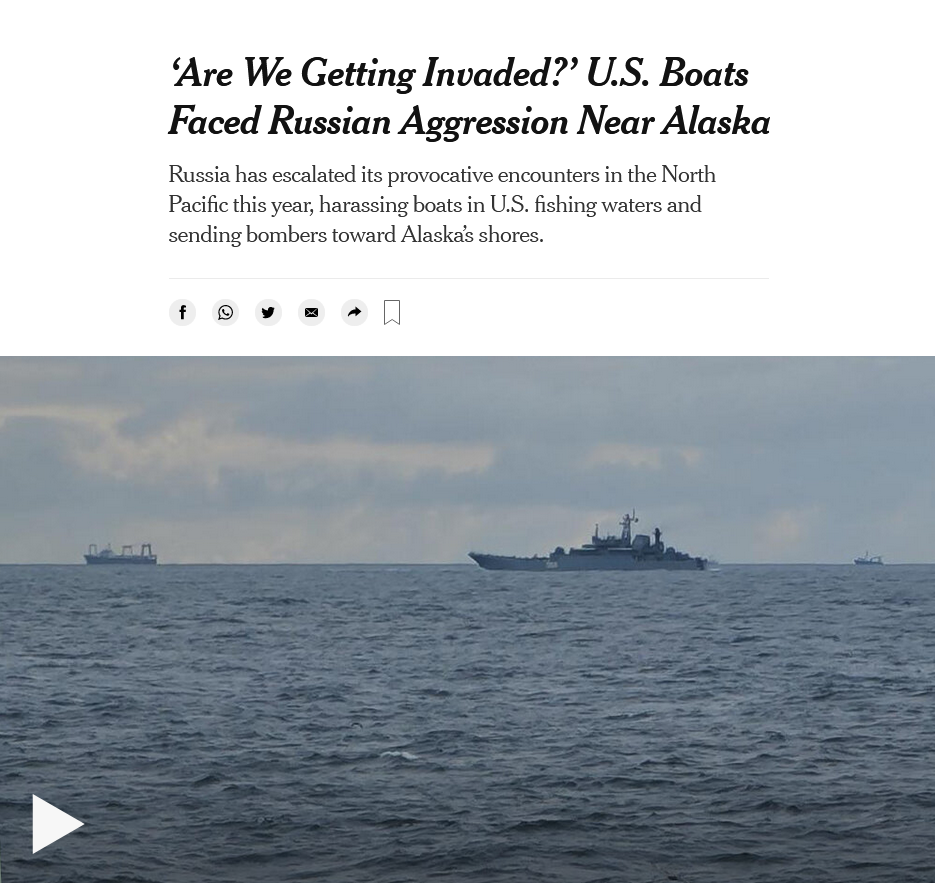 Russia is another country constantly portrayed as aggressive. The New York Times (11/12/20) described a US fishing boat’s mix up with the Russian navy off the coast of Kamchatka as typical Russian aggression, complete with the headline, “Are We Getting Invaded?” The Military Times (6/26/20) worried that any reduction in US troops in Germany could “embolden Russian aggression.” And a headline from the Hill (11/14/19) claimed that “Putin’s Aggression Exposes Russia’s Decline.” In the same sentence that publicized a report advocating that NATO expand to take on China directly, the Wall Street Journal (12/1/20) warned of “Russian aggression.” Suffice to say, tooling up for an intercontinental war against another nuclear power was not framed as Western warmongering.

Corporate media even present the Taliban’s actions in their own country against Western occupation troops as “aggression” (Guardian 7/26/06; CBS News, 11/27/13; Reuters, 3/26/21). The New York Times (11/24/20) recently worried about the Taliban’s “aggression on the battlefield,” while presenting the US—a country that invaded Afghanistan in 2001 and still has not left—as supposedly committed to the “peace process.”

Even as the US has been flying squadrons of nuclear bombers from North Dakota to Iran and back, each time in effect simulating dropping atomic bombs on the country, media have framed this as a “defensive move” (Politico, 12/30/20) meant to stop “Iranian aggression” (Defense One, 1/27/20) by “deter[ring] Iran from attacking American troops in the region” (New York Times, 12/30/20). 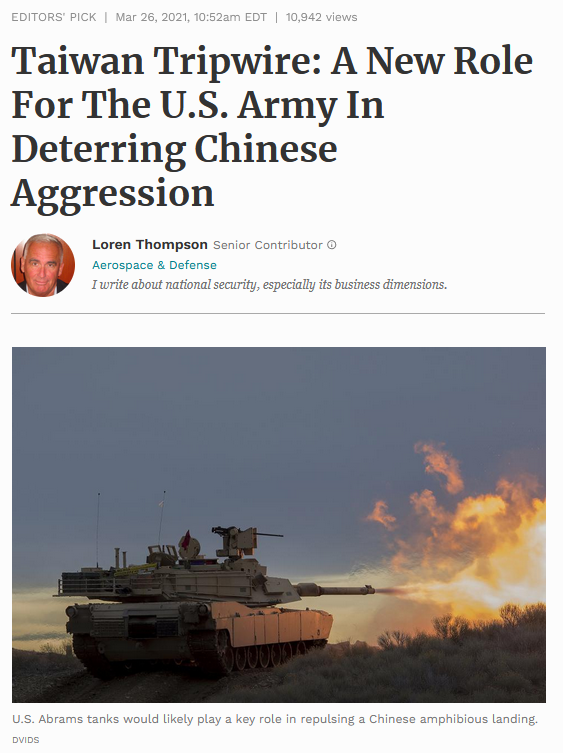 In February, President Joe Biden ordered an airstrike on a Syrian village against what the White House claimed were Iran-backed forces. The Department of Defense absurdly insisted that the attack was meant to “deescalate” the situation, a claim that was lamentably uncritically repeated in corporate media, with Politico (2/25/21) writing that “the strike was defensive in nature” and a response to previous attacks on US troops in Iraq. Needless to say, it did not question the legitimacy of American troops being stationed across the Middle East.

That the US, by definition, is always acting defensively and never aggressively is close to an iron law of journalism. The US attack on Southeast Asia is arguably the worst international crime since the end of World War II, causing some 3.8 million Vietnamese deaths alone. Yet in their seminal study of the media, Manufacturing Consent, Edward Herman and Noam Chomsky (Extra!, 12/87) were unable to find a single mention of a US “attack” on Vietnam. Instead, the war was commonly framed as the “defense” of South Vietnam from the Communist North.

Even decades later, US actions in Vietnam are still often described as a “defense” (e.g., Wall Street Journal, 4/29/05; Christian Science Monitor, 1/22/07; Politico, 10/10/15; Foreign Policy, 9/27/17). In a 2018 autopsy of the conflict headlined “What Went Wrong in Vietnam,” New Yorker staff writer Louis Menand (2/26/18) wrote that “our policy was to enable South Vietnam to defend itself” as the US “tried to prevent Vietnam from becoming a Communist state.” “Millions died in that struggle,” he adds, as if the perpetrators of the violence were unknown.

It was a similar story with the US invasion of Grenada in 1983, which was presented as a defense against “Soviet and Cuban aggression in the Western hemisphere” (San Diego Union-Tribune, 10/26/83). 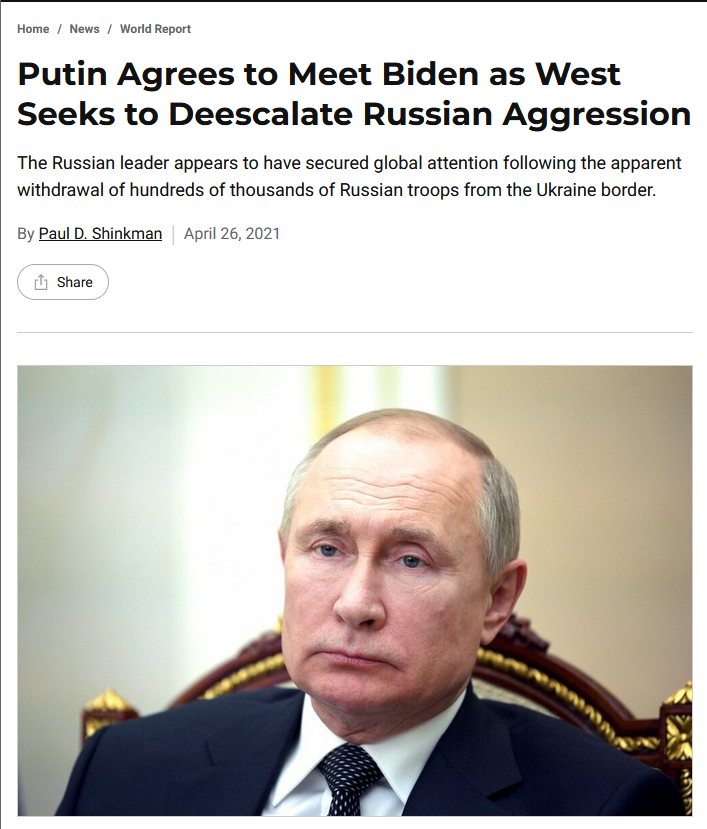 There have only been three uses of the phrases “American aggression” or “US aggression” in the New York Times over the past year. All came in the mouths of Chinese officials, and in stories focusing on supposedly aggressive Chinese actions. For example, at the end of a long article warning about how China is “pressing its territorial claims aggressively” from the Himalayas to the South China Sea, in paragraph 28 the Times (6/26/20) noted that Beijing’s priority is “confronting what it considers American aggression in China’s neighborhood.” Meanwhile, two articles (10/5/20, 10/23/20) mention that Chinese disinformation calls the Korean War the “war to resist American aggression and aid Korea”. But these were written off as “visceral” and “pugnacious” “propaganda” by the Times.

Likewise, when the phrase “American aggression” appears at all in other leading publications, it is largely only in scare quotes or in the mouths of groups long demonized in corporate media, such as the Houthi rebels in Yemen (Washington Post, 2/5/21), the Syrian government of Bashar al-Assad (Associated Press, 2/26/21) or Saddam Hussein’s generals (CNN, 3/3/03).

The concept of US belligerence is simply not being discussed seriously in the corporate press, leading to the conclusion that the word “aggression” in newspeak means little more than “actions we don’t like carried out by enemy states.”