Burrito economics: Republican claims about price rises are so much hot air 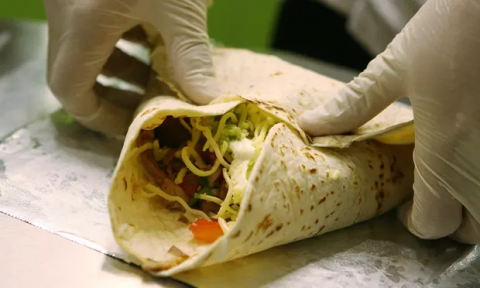 House Republicans are blaming Democrats for the rise in Chipotle burrito prices.

You heard me right. The National Republican Congressional Committee (NRCC) issued a statement on Wednesday claiming that Chipotle’s recent decision to raise prices on their burritos and other menu products by about 4% was caused by Democrats.

It seems Republicans have finally found an issue to run on in the 2022 midterm elections. Apparently Dr Seuss and Mr Potato Head weren’t gaining enough traction.

The GOP’s tortured logic is that the unemployment benefits in the American Rescue Plan have caused workers to stay home rather than seek employment, resulting in labor shortages that have forced employers like Chipotle to increase wages, which has required them to raise their prices.

Start with the notion that $300 per week in federal unemployment benefits is keeping Americans from working.

Since fewer than 30% of jobless workers qualify for state unemployment benefits, the claim is that legions of workers have chosen to become couch potatoes and collect $15,000 a year rather than get a job.

I challenge one Republican lawmaker to live on $15,000 a year.

In fact, evidence suggests that workers who are holding back from re-entering the job market don’t have childcare or are still concerned about their health during the pandemic.

Besides, if employers want additional workers, they can do what they necessarily do for anything they want more of but can’t obtain at its current price – pay more.

It’s called capitalism. Republicans should bone up on it.

When Chipotle wanted to attract more workers, it raised its average wage to $15 an hour. That comes to around $30,000 a year per worker – still too little to live on but double the federal unemployment benefit.

Oh, and there’s no reason to suppose this wage hike forced Chipotle to raise the prices of its burrito. The company had other options.

Chipotle’s executives are among the best paid in America. Its chief executive, Brian Niccol, raked in $38m last year – which happens to be 2,898 times more than the typical Chipotle employee. All Chipotle’s top executives got whopping pay increases.

So it would have been possible for Chipotle to avoid raising its burrito prices by – dare I say? – paying its executives less. But Chipotle decided otherwise.

I’m not going to second-guess Chipotle’s business decision – nor should the NRCC.

By the way, I keep hearing Republican lawmakers say the GOP is the “party of the working class”. If that’s so, it ought to celebrate when hourly workers get a raise instead of howling about it.

Everyone ought to celebrate when those at the bottom get higher wages.

The typical American worker hasn’t had a real raise in four decades. Income inequality is out of control. Wealth inequality is into the stratosphere (where Jeff Bezos is heading, apparently).

If wages at the bottom rise because employers need to pay more to get the workers they need, that’s not a problem. It’s a victory.

Don’t hold your breath, or your burrito.