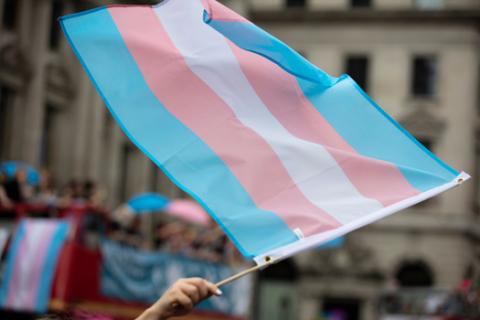 According to the Human Rights Campaign, from January through early May 2021, lawmakers across the country introduced more than 250 anti-LGBTQ bills. (Adobe Stock)

Earlier this spring, Gov. Eric Holcomb vetoed a GOP-authored bill banning transgender girls from school sports. Now, Holcomb's own party is poised to override the veto and force the bill into law next week.

Chris Paulsen, CEO of Indiana Youth Group, said her organization has resources for transgender teens who may be facing mental-health difficulties because of the bill and its surrounding political rhetoric, including one-on-one counseling and peer-to-peer support groups.

"They can choose which group they feel comfortable in," Paulsen explained. "We have a trans and nonbinary discussion group, we have a queer and trans people-of-color group, and then there's groups that just allow youths to relax and feel good about themselves."

Republican leaders say they will use next Tuesday's Technical Corrections Day to override Holcomb's veto. According to its authors, the bill aims to guarantee fair play in school sports.

In his veto message, Holcomb pushed back against the assertion, essentially writing the bill was attempting to address a nonexistent issue and could open the state to lawsuits.

Indiana's bill is part of a nationwide wave of such measures, as 16 states have enacted laws banning trans students from sports.

Paulsen pointed to data from the Trevor Project indicating even the introduction of such bills can have serious impacts on trans kids' mental health.

"Statistics say that 85% of trans and nonbinary teens will be negatively impacted by just the bill being heard, and we're seeing that," Paulsen pointed out. "We're trying to support those youths by letting them know they are valued, and their identities are real, and we see them as they are."

While the Indiana Youth Group is based in Indianapolis, Paulsen said the organization provides remote support to students across the state via its Virtual IYG program.