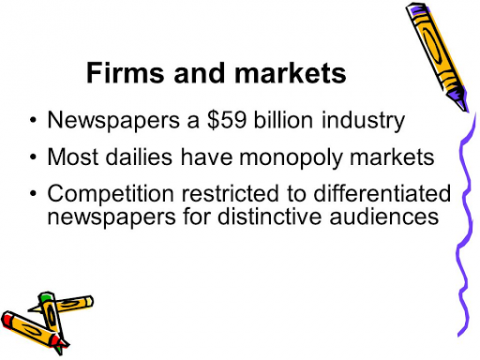 The Journal and Courier serves Lafayette and West Lafayette and all of Tippecanoe County in the state of Indiana. This onetime locally owned newspaper with roots going back 100 years was purchased by the Gannett newspaper empire which was further consolidated with a media conglomerate, New Media Investment Group, a holding company, in 2019. One source reported that this most recent consolidation would create a mega-corporation that owns more than 250 daily newspapers and hundreds of weekly  and community newspapers.

I enclose below a Letter to the Editor I sent to the digital version of the Journal and Courier in April. As expected, I received no response beyond the initial “thank you” for submitting a letter. Today, May 16, 2021, one of Indiana’s two Trump supporting US Senators, Mike Braun had an “opinion piece” prominently published on page two of the Sunday edition of the paper. Braun, in this guest column, opposes any federal legislation that would regulate police conduct. He implies that the Biden Administration is anti-police, as opposed to the prior administration. In the body of the column Braun refers to last summer’s “riots,” and his own narrow reading of the “defund the police” slogan.

This “guest opinion” is at least labeled such. Prior editorials, such as the one referred to below, have not been so labeled. However, the newspaper no longer prints guest columns or letters to the editor, longtime staples of the old newspaper. And as indicated the Letter to the Editor below was not published in the digital edition.

The more important story than this letter is that, to the extent people still read newspapers, a sizeable portion of newspaper consumers are reading from publications that are owned by a handful of media conglomerates. At this point such conglomerates have little or no journalistic background and have invested in newspapers for purposes of making huge profits from their shift to advertising circulars or selling newspaper assets. As Margaret Sullivan, media critic from the Washington Post, has pointed out, 2,000 local newspapers have been shut down and thousands of reporters have lost their jobs since 2004.

It is time for progressives to give some thought to the role of media in defending the flow of ideas and information, vital to the maintenance of democracy. Attention should still be given to print media, television, and radio along with social media. The concept of “public trust,” should be reintroduced into policy debates, and conversations must be held about reviving regulations concerning media monopolies. In addition, ideas should be generated about ways for governments to support and incentivize the maintenance of local media. Local media are public goods, much like roads, bridges, schools, and libraries. A vibrant democracy cannot rely on the good will and expertise of small numbers of corporations with their own pecuniary interests to provide information and knowledge.

I have been a Journal and Courier subscriber for over fifty years. I did not always agree with their coverage and interpretation of the news. I surely did not agree with many of their editorials or guest columns. But they always provided useful information to the community, had a livelyletters to the editor page, and often guest columns from a variety of points of view. But all that has changed. Stories are largely about crimes, taken from police blotters, and are racist in tone. Further they eliminated letters to the editor and guest columns. And they fill up the paper with stories grafted from other Gannett papers, obituaries in huge type, and full page ads for roof repairs and new shower installations.

Today they posted in the first section an anti-union story, really an editorial comment, as news. It is an opinion piece endorsing Governor Holcomb's support of legislation allowing teachers to more easily and frequently opt out of their union. Again, as an opinion piece it is legitimate, but it is not news. I think now is the time for community members to say to the Journal and Courier: "Enough is Enough." The paper has lost all of its journalistic integrity and does not serve the community any longer. The monopolization of the media, downsizing newspapers, eliminating community input is occurring all around the country. For those who are concerned about the declining awareness of the citizenry about what is happening to them, put some of the blame on the Gannett's and Journal and Couriers of this new world order.