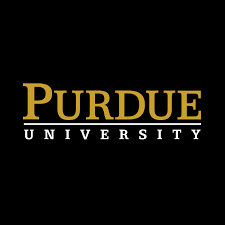 Did you know that a living wage for one adult living in Tippecanoe County is $13.65 per hour?

Did you know that the current minimum wage of $7.25 per hour in Indiana, which Purdue pays many of its employees, is just above the poverty level?

Did you know that Aramark, the company that now runs Purdue food services in the Union, made more than $12 million in profits last year, while paying its workers at Purdue as little as $9.00 an hour?

Did you know that the Administrative Clerk at Purdue who helps run your department would need to work for 192 years to earn what Purdue’s football coach earns in one year?

If Purdue University wants to be a world-class University, it needs to treat the people who work for Purdue with respect and dignity. It is for this reason that Purdue students, faculty and community members are campaigning for a Living Wage at Purdue.

At present, many Purdue employees are nowhere near those living wage levels. For example:

The Living Wage campaign would be a huge boost to these hundreds of student workers and the staff and faculty who help make Purdue run. #purduelivingwage is modeled on the national Living Wage Campaigns that have brought dignity to workers across the United States, from municipalities like Seattle, Washington, to entire states like California and New York. Closer to home, both Illinois and Michigan, states neighboring Indiana, have significantly higher minimum wages. States with higher minimum wages, such as Washington, Massachusetts, and Vermont, also have a higher overall quality of life.

Why does a living wage matter? As every resident of Tippecanoe County knows, the cost of living here is rising. U.S. inflation in 2021 rose faster than any time in U.S. history in the past 40 years. Housing prices in Tippecanoe County have steadily increased, as have food and clothing prices. Newly constructed housing complexes at Purdue charge significantly higher monthly rents than those older housing options that have been replaced. Low-cost housing in West Lafayette has virtually disappeared with the demolition of older units and housing complexes like Purdue Village.

Housing prices also continue to outpace wage increases in Tippecanoe County, a phenomenon directly traceable to Purdue, one of the County’s largest employers.

Purdue Exponent has also reported on food insecurity at Purdue, a problem the University has not yet solved. For example, a survey of undergraduate and graduate students at Purdue found that ~13% of respondents experience food insecurity, including ~15% of underrepresented minority students and 25% of students making less than $20,000.

To put in bluntly, some Purdue students are going hungry. Providing a living wage would be a huge first step towards a solution.

Support for a raise for Purdue workers comes from some of its own faculty members. In a Purdue Exponent story last year, Ellen Kossek, Purdue Professor of Management, said, “Employers that are progressive don’t wait for a law to be progressive, they act out of normative values. Purdue is a leader in many areas; perhaps they could try to be a leader in supporting minimum wage.”

It would increase access to health care during the pandemic, and put more food and medical supplies in the pockets of residents.

It would help close existing wage gaps between men and women (who still earn about .70 to the dollar for men) and between whites and non-whites.

It would help local businesses.

It would reduce student reliance on loans and debt.

Lastly, many workers on Purdue’s campus are not directly employed by the university, but rather are contracted out through private companies and temp agencies. These workers also deserve to be paid a living wage and treated with respect.

Therefore, we are making two additional demands: that Purdue end its contract with Aramark and that Purdue use only unionized labor in all of its external hiring contracts. Aramark, the company that runs many of the university’s dining services, is notorious in the way it treats its employees, and for its role in the prison-industrial complex. Purdue student workers have attested to the horrible working conditions they have been subjected to. Robert Hughes, a dining hall worker at IUPUI, told Greater Lafayette DSA that in his capacity as a UNITE-HERE shop steward he has visited a number of Aramark operated shops. Workers there recounted disrespectful behavior by management, including demeaning treatment of black and brown workers. "I have heard stories of managers literally chasing after workers and arguing with them in parking lots." Furthermore, Aramark refuses to budge on demands for improved working conditions: "Aramark is cheap and it's like pulling teeth to get any concessions from them at the bargaining table."

For that work which must be contracted out, such as building contracts, we demand that Purdue only contract out to unionized workplaces. The logic is the same: unionized workers make better pay and benefits than non-union workers. A Purdue commitment to Union labor would be a simultaneous commitment to the dignity of all students and workers and Purdue.

In order to make a Living Wage @ Purdue a reality, students, staff, faculty, and community members must organize and demand that the administration at Purdue raise the minimum wage. If you support a living wage at Purdue, please sign our petition: bit.ly/PurdueWagePetition

If you’d like to get involved in supporting Purdue’s Living Wage campaign, write to greater.lafayette.dsa@gmail.com