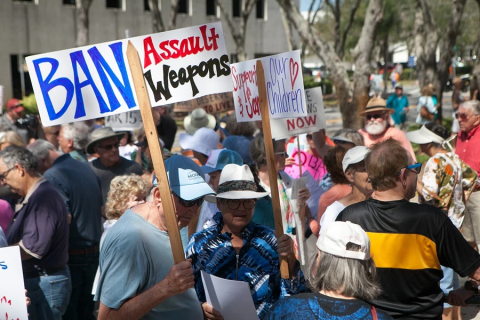 Background: After a 1996 firearm massacre in Tasmania in which 35 people died, Australian governments united to remove semi-automatic and pump-action shotguns and rifles from civilian possession, as a key component of gun law reforms.

Results: In the 18 years before the gun law reforms, there were 13 mass shootings in Australia, and none in the 10.5 years afterwards. Declines in firearm-related deaths before the law reforms accelerated after the reforms for total firearm deaths (p = 0.04), firearm suicides (p = 0.007) and firearm homicides (p = 0.15), but not for the smallest category of unintentional firearm deaths, which increased. No evidence of substitution effect for suicides or homicides was observed. The rates per 100,000 of total firearm deaths, firearm homicides and firearm suicides all at least doubled their existing rates of decline after the revised gun laws.

Competing interests: SC was a member of the Coalition for Gun Control (Australia) from 1993 to 1996. PA is the editor of Gun Policy News (www.gunpolicy.org). All authors had full access to all of the data in the study and MJ and KA take responsibility for the integrity of the data and the accuracy of the data analysis.