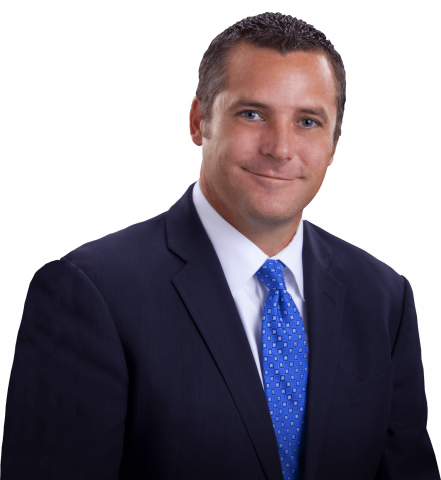 Hammond Mayor Thomas McDermott, Jr. is running for a first term as a U.S. Senator from Indiana. He is unopposed on the Democratic ticket for the May 2022 primary and will likely face incumbent senator, Republican Todd Young, in November.

Thomas M. McDermott, Jr. is the 20th Mayor of Hammond, Indiana's 8th largest city. He took office on January 1st, 2004 and was the city's first Democratic mayor in 20 years. Tom is the longest serving mayor in the City of Hammond's history and is currently serving a fifth consecutive term.

Tom served six years in the United States Navy as a nuclear submariner aboard the USS Hyman G. Rickover (SSN 709) during the Persian Gulf War. He served as a nuclear electrician in the sub's reactor plant and passed the strenuous U.S. Navy Dive School to become the ship's only diver.

After the Navy, Tom attended Purdue Northwest, earning high honors in Finance while working full time. Law school took Tom to South Bend, where he attended the University of Notre Dame. There, Tom worked in the school's Legal Aid office, providing legal services for the less fortunate. After receiving his law degree, Tom returned to Hammond to open his own law practice.

During his tenure, Mayor Tom has worked tirelessly to improve the quality of life for the residents of Hammond. His creation of a world-class concert venue, state-of-the-art sports complex, and many miles of bike trails have served to attract and keep families in Hammond. And his experience at Notre Dame inspired Mayor Tom to establish the widely recognized Hammond Legal Aid Clinic, now in its 17th year.

Mayor Tom and his team have also brought in almost One Billion Dollars in economic development during his tenure, including a casino expansion, national restaurant franchises, and destination retail.

The initiative that Mayor Tom is most proud of, however, is the award-winning Hammond College Bound Scholarship Program, which has provided full-tuition scholarships to thousands of Hammond's graduating seniors. This program has received national attention and has been twice awarded the U.S. Conference of Mayor's City Livability Award.

Tom and his wife, Marissa, are proud parents to four children. Following 18 years of coaching youth baseball, Tom has recently turned to competing in triathlons. He is also a member of the St. John Bosco parish and numerous boards and community organizations.