Letter to the editor: Why our English department deserves more respect 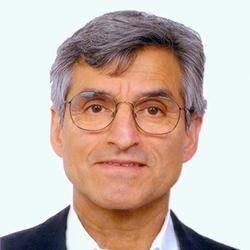 As a professor of Electrical and Computer Engineering, I am obviously delighted that my department was able to grow by leaps and bounds even during the last two years of the pandemic while hiring in most of the rest of the departments was put in the deep freeze. I suppose that this unprecedented hiring spree was driven by our surging enrollments at both the undergraduate and graduate levels.

While it is wonderful to see my department get larger, one cannot help but wonder if such breakneck growth was causing harm to the rest of the university. You see, I believe strongly that a university that is only good at STEM education is nothing more than a trade school. I came to Purdue to work in a university, and not in a trade school.

The horror stories coming out of our English department — how else would you describe the stories when the department head feels compelled to use phrases like "in order to keep our graduate program alive" --- seem to indicate that our upper administration has lost respect for the non-STEM educators, and that's a huge tragedy for all of us who work at Purdue. It's a huge tragedy because you need professors (and graduate student instructors) to teach students what it means to read well, to write well, to think well, to appreciate the human condition and its complexities through exposure to art, literature, poetry and so on.

As an engineering professor, I frequently run into students, both undergraduate and graduate, who are severely lacking in their communication abilities. The best of these students are well conversant with the formulas, the equations and the computer programs that implement those formulas and equations — because that's what STEM education is all about. But when you ask these students to explain what they know without using too much technical jargon, they become inarticulate. Exactly the same thing happens if you try to engage such students in a conversation about how they might take the current state-of-the-art to the next level. It is well known in the industry that a large majority of the students we produce are good at following orders in the execution of the projects, but unable to argue the merits of what it is they are working on.

It goes without saying that much of STEM is about solving problems in the service of the humanity. However, if as a student you are severely lacking in the more humanistic aspects of your education, it's going to be difficult for you to construct mental narratives (let alone spoken and written narratives) about where you would want to go with what you know today, about the directions in which you would want to push the current state of the knowledge. What's worse, if the humanistic side of your education did not inculcate in you a broader sense of the values in life, your thinking is likely to be dominated by your baser instincts, such as those for just profit and dominance.

Let's not let Purdue regress into a glorified approximation to a trade school.