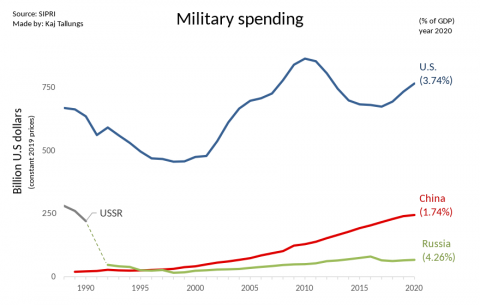 As the tragedy of the Russian invasion and the devastation of Ukraine unfold, the war machines (policymakers, arms manufacturers, educators, media propagandists) of various countries-Russian, NATO alliance partners, and the US-ramp up their calls for more war. These advocates for more violence, more nuclear threats, and more great power chauvinisms increasingly take center stage. Rumors of “back channel” negotiations are demeaned. Feelers for negotiation articulated by key leaders are ignored.  And hints of negotiations and compromises and concessions are ridiculed. Finally, any suggestions that China, an “authoritarian state” could play a role in deescalating the crisis are condemned.

And, in the midst of the escalating tensions and finally the Russian invasion of Ukraine, the significant Biden program of substantial social, economic, and environmental changes have been allowed to flounder and die. Now Congress and the Administration eagerly legislate more  money for the military, more money for our beleaguered Ukrainian ally, and increasingly remind the population that China, the real enemy, is lurking in the global background. Health care, debt relief for students, shifts to a Green Jobs Agenda, tax reform, raising the minimum wage all need to put off for another day.

Last year the New Poor Peoples Campaign showed in an informative flyer how money projected for the military could be used for human needs.  https://ips-dc.org/wp-content/uploads/2021/12/PPC-BBB-fact-sheet.pdf

And elsewhere the NPPC pointed out that:

“Since Vietnam, the United States has waged an ongoing war against diffuse enemies, siphoning massive resources away from social needs. Out of every dollar in federal discretionary spending, 53 cents [go] towards the military, with just 15 cents on anti-poverty programs.” 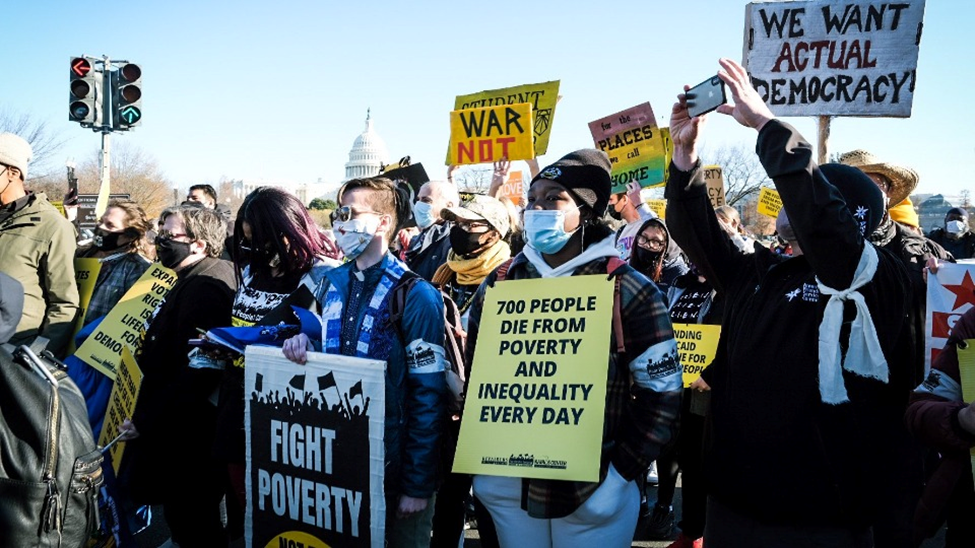 Many of us remember the dramatic policies proposed, some implemented, of the Great Society. And twenty-five years earlier, during World War and before “the Great Society,” Henry Wallace, spoke of the the prospect of creating the “Century of the Common Man,” the absence of war, social and economic justice, and freedom. President Roosevelt called for a “New Economic Bill of Rights,” in 1944 embodying economic security and justice for all, and even Harry Truman advocated for a national health care system.

And what happened every time, the 1940s, the 1960s, the 1990s, and now-threats of war, demands for preparations for war, escalating military expenditures. The tragedy of how war and the mythology of its inevitability is vividly reflected in the defeat of the Great Society programs. The old essay below, see particularly the italicized words, suggests in one moment the tragic loss of human development to war and violence.

One takeaway from this reflection is that there is an inextricable connection between war-making abroad and human suffering at home. Now is the time for peace and justice movements to act on these connections.

From: "Remembering the Great Society" 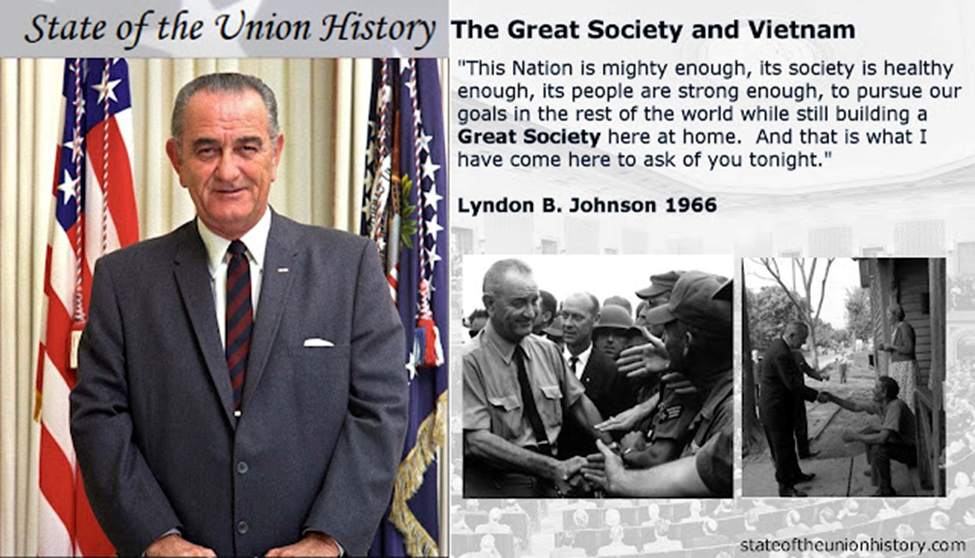 On Monday, September 26, 2011,  the Reverend Jesse Jackson visited Ohio University, located at the northern edge of Appalachia. President Lyndon Johnson had introduced his vision of a “Great Society” in 1964 at this site and Jackson was returning 47 years later to call for the establishment of a White House commission to address poverty and hunger in America.

Jackson pointed out that Athens County, Ohio, where he spoke, represented “ground zero” as to poverty in America today. Thirty-two percent of county residents live in poverty.

The fact that increased poverty is a national problem was underscored in a September 13 press release from the United States Census Bureau. The Census Bureau reported that 46.2 million people lived below the poverty line in 2010, the highest number in 52 years that is 15.1 percent of Americans lived in poverty, the highest percent since 1993. The poverty line for a family of four was $22,314. The New York Times (September 14, 2011) quoted Professor Lawrence Katz, economist, who said that “this is truly a lost decade. We think of America as a place where every generation is doing better, but we’re looking at a period when the median family is in worse shape than it was in the late 1990s.”

In a press release, the Census Bureau identified some additional data which reflects the economic status of large numbers of Americans:

Timothy Smeeding, Director, Institute for Research and Poverty at the University of Wisconsin, was quoted in the New York Times article: “We’re risking a new underclass. Young, less-educated adults, mainly men, can’t support their children and form stable families because they are jobless.”

Arloc Sherman, from the Center on Budget and Policy Priorities, reminded readers that the level of poverty was higher and median income was lower in 2007 than 2001.

The Leadership Conference on Civil and Human Rights has pointed out in an interesting essay entitled “Race, Class and Economic Justice” that the Johnson programs, the “Great Society,” and its “War on Poverty,” were grounded in the civil rights struggle for jobs and justice. When LBJ’s program got mired in the escalating war in Vietnam, Dr. Martin Luther King launched the “Poor People’s Campaign.”

Reverend Jackson reminded students and citizens of Athens County on September 13, 2011 that LBJ’s program was a comprehensive one linking government and community groups. Among its major achievements the following needed to be celebrated he suggested:

Between 1964 and 1968 the United States Congress passed 226 of 252 bills into law. Federal funds transferred to the poor increased from $9.9 billion in 1960 to $30 billion in 1968. One million workers received job training from these programs and two million children experienced pre-school Head Start programs by 1968.

Progressives should revisit this history and tell the story of the successes and failures of the 1960s vision and programs and work for the fulfillment of the dream articulated by Dr. King and LBJ. Both visions presupposed the connection between government, communities, and activists. And, it should be made clear that the Great Society floundered, not because of errors in the vision or programs, or because of “government bureaucrats,” or because the “free market” could serve human needs better, but because of a disastrous imperial war that sapped the support for vibrant and needed domestic programs. Slogans about Money for Jobs and Justice, Not for War, constitute the lessons for today.