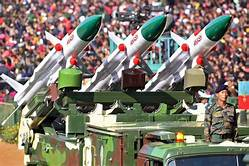 Reminiscing about the immediate aftermath of 9/11, President Bush’s Director of the Office of Management and Budget, Mitch Daniels said in a recent interview: “OMB got some significant assignments, of course first of all to organize all the emergency funding for the military action which cleaned the Taliban out of Afghanistan, for the rebuilding of New York City, the compensation of the victims.”

And back at home, in the aftermath of 9/11, the United States has expanded its war-making capacities at enormous costs to the American people—health care, overcoming climate change, reducing economic inequality, and responding to pandemics. And during this legislative session majorities in both parties support continued and massive increases in the military budget.

And Purdue University, where Mitch Daniels is currently President, a new program of research and development of weaponry to prepare for the next war is being developed. The Purdue Research Foundation in July announced the creation of a Purdue Aerospace District where university researchers, in collaboration with military contractors such as Rolls-Royce, will be developing a huge facility for research and development of hypersonic weapons to respond to future Chinese and Russian threats. Hypersonic weapons will “travel so fast they could cover hundreds of miles in minutes, leaving virtually no time to either intercept them or take cover.” (Sam Stall, “Purdue’s Aerospace District hyper about hypersonics,” Indianapolis Business Journal, September 3, 2021.

The idea of a New Cold War is not just loose talk but an effort to replicate the 1940s to the 1990s, and post 9/11 with all the attendant wasteful military spending, escalating tensions, and increasing the probability of nuclear war.

Important theoretical questions are not being raised. For example, is war inevitable? Are other countries a threat to the United States? Should we conceptualize the world in the twenty-first century as one in which the United States and China are competitors and threats to each other? Should the United States commit itself to remaining the number one power in the world, however that is defined? Or should research prioritize human development and conflict resolution rather than “security? Is there a relationship between poverty, hunger, environmental devastation, the spread of weapons and war and violence? One wonders if more of government and corporate resources should be allocated to these many issues, rather than to ill-conceived, notions of national “security.”

And, finally, do collaborative efforts between universities, such as Purdue, with defense contractors and the Department of Defense best serve the needs of national security, conflict reduction, research, or education? And, in the end, does not this collaboration between the military, the university, and industry constitute a huge robbery of the wealth of society at the expense of social and economic development, ecological survival, and the prospects of peace?

Furthermore, these qualitative changes in university priorities are being made largely in non-transparent decision-making ways. But when challenged, the military/industrial/academic complex tends to defend its existence by claiming war is inevitable. And to secure support, when questioned, self-identified experts construct narratives of enemies; whether they be the Communists, the terrorists, China, the Cubans, the Venezuelans, artificial intelligence, or all of the above. As Andrew Bacevich so compellingly has argued, ever since the end of World War Two, the United States has created a “permanent war economy.” Given the increasing financial challenges universities face in the twenty-first century, collaboration with this permanent war economy becomes attractive to university administrators.