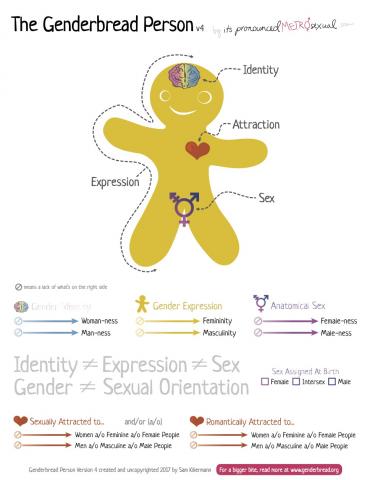 Admittedly, I’m not sure what led David Sanders and James Blanco to author Ordinance #31-21 banning conversion therapy in West Lafayette. It would have made more sense in 2021 when there was at least a doomed bill before the Indiana state legislature to ban the practice. Councilor Shannon Kang, who identifies as queer, may have provided the answer when she said that any day is a good day to be against conversion therapy.

Councilor Dr. Jeff Brown wanted a definition of conversion therapy. Let's try this: Conversion therapy is any attempt to change a person’s sexual orientation, gender identity, or gender expression and is “premised on the belief that a person’s sexual orientation and gender identity, including gender expression, can and should be changed or suppressed when they do not fall under what other actors in a given setting and time perceive as the desirable norm, in particular when the person is lesbian, gay, bisexual, trans or gender diverse.” - UN/NBC 6/20/20.  However, because the practice has come under increasing scrutiny, providers frequently change their terminology to avoid detection. Here are some examples: (https://www.glaad.org/conversiontherapy )

Conversion "therapy" is usually associated with evangelical Christian groups. But in 2015, the New Jersey Superior Court ruled against a Jewish “conversion” organization, finding it liable for violating the New Jersey Consumer Fraud Act. The Global Interfaith Commission on LGBT+ Lives, backed by 370 key figures from 35 countries, including Archbishop Desmond Tutu, former Chief Rabbi of Ireland David Rosen and former Irish President Mary McAleese, have organized in opposition to the practice. My former employer, the Episcopal church, came out against the practice in 2015.

Every medical group you can name is opposed to conversion therapy. The United Nations called for its global abolition, saying it may amount to torture or child abuse. In December 2021 Canada banned the practice after a unanimous vote of their parliament. They even outlawed driving your child to the US for the treatment.

In the U.S., twenty states have banned the practice (e.g., California, Illinois, New York) and 100 municipalities (e.g., State College, PA). Indiana is not likely to join their ranks. Remember the 2015 “Fix This Now” front page of the Indianapolis Star? Our political responses to the LGBTQ+ community are almost always wrong footed.

But why pick this fight here in Jesusland? (The title of Julia Scheeres famous book on fundamentalist religion here in Tippecanoe County.) Opposed to conversion therapy and its cousins, the council's ordinance seemed conventional. The response was predictable.

Faith Church launched an aggressive, often ugly, campaign to try and scuttle the legislation. Along the way, Pastor Viars managed to slur, in no particular order, blacks, gays, and Jews. When caught in a lie, Dave Bangert reported, Faith Church "Orwelled" an offending video created by the "Lafayette Citizens for Freedom" (sic). Their fury has become a kind of culture war caricature; “the lady dost protest too much, methinks,” says Queen Gertrude in Hamlet. Faith decided to intimidate the city by threatening legal action. Councilors Sanders and Blanco then withdrew their ordinance, though the video minutes of the 2/7/22 city council meeting are worth a look; David Sanders at 19:45, Shannon Kang at 31:20, Kathy Parker at 36:00, Kathy again at 1:19:00, and Gerald Thomas at 1:22:00.

So then, does a parent really enjoy a religious privilege which would allow them to emotionally abuse a child? Can they outsource that abuse to a religious organization and its unlicensed practitioners? Can they hire that abuse done in the private sector by licensed professionals?

In 1847 there were no laws protecting children from physical abuse from their parents; from Proverbs 23:14:

14 Thou shalt beat him with the rod, and shalt deliver his soul from hell.

The country finally determined that parents could not physically abuse their children, even though that first intervention was sponsored at the time by the ASPCA using laws meant to prohibit cruelty to animals. We can and do enforce prohibitions against physical child abuse. We should be able to call out a type of emotional abuse and its sponsors.

Council Democrats attempted to do just that in Resolution #01-22, an appeal to the state to outlaw the practice of conversion "therapy". Someday. Perhaps by 2047.

Let me close with a public service announcement on behalf of a cooperating ministry of the Episcopal Diocese of Indianapolis, Trinity Haven. (https://www.trinityhavenindy.org/)

What exactly is Trinity Haven? Trinity Haven is a non-profit organization that provides housing options and supportive services for LGBTQ young adults, including a long-term Transitional Living Program (TLP) which offers up to 24 months of housing, stabilization assistance, support services, independent living skills, case management, and care coordination for young adults in the state of Indiana; as well as a short-term Host Homes Program (HHP) which offers an average of 6 months of housing and intensive case management, and is limited to Indianapolis/Marion County.

Just in case you know someone who might need it.