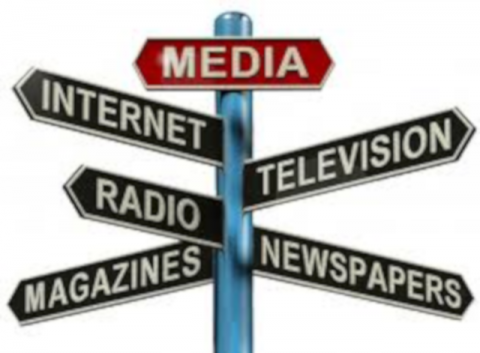 The media and political, economic, educational, religious, and entertainment institutions shape our consciousness. People are told, inspired, coerced, and manipulated to think in certain ways, usually ways that support the economic and political interests of the rich and powerful.

Sometimes theoretical arguments about “ideological hegemony” are too abstract or too immobilizing. However, specific efforts at thought control at the community level can be understood and identified. And campaigns to challenge it are feasible, as many examples in cities and towns illustrate.

For example, I live in a Lafayette/West Lafayette, Indiana, twin cities with about 100,000 permanent residents. The greater metropolitan area, like most small and big communities, is “served” by one newspaper, the Journal & Courier. The J & C has a circulation of about 33,000 and is owned by the Gannett Corporation. While its editorial board changes from time to time the general tone and framing of news in the paper is conservative. From time to time stories appear about trade union events and occasionally stories are published which are critical of the major employer in the area, Purdue University. But for the most part the J & C serves as a booster for conservative politics and values, highlighting patriotism, businesses, religion, sports, personalities, and local crime over serious political issues in the community, the state, or the nation. The interests and perspectives of working people are almost never reflected in its pages.

To illustrate we can take a look at one issue, Saturday, May 7, 2011. That day the paper had four sections: news and views; local stories; sports and business; and entertainment. The first section consisted of nine stories, four of them local in content. Page one, with a photo of an American flag in technicolor and a helicopter in the background, featured the honoring of seven medal of honor winners from American wars such as Vietnam who were flown into Lafayette to dedicate the new “Medal of Honor Bridge” in the county. They arrived by Huey helicopter landing at the Faith Baptist Church. “As the recipients carefully exited the helicopter, they mingled with the children and other grateful spectators.” The second story, with a picture, was of a resident of Monticello, Indiana, 20 miles away, who admitted to a murder. Both these stories jumped to inside pages.

Page three, called “Nation & World,” featured a few longer stories and “In Brief” two paragraph accounts of events going on around the world. The two biggest stories on this page reported on Al Qaida’s warning of revenge and the special role of stealth helicopters in the raid on bin Laden’s residence. Page four was a full-page ad for an auto dealership and five was the “Opinions” page. The J & C does publish letters to the editor, though edited, and on Saturdays’ statements by local residents called “My Life, My Story.” This time the question two residents were asked to address was “If you could live forever, would you? Why?” One respondent said she would live for ever in heaven “as all Christians have been promised eternal life in John 3:16.”

The editorials often endorse conservative politics. On this Saturday it praised a former executive of a local Eli Lilly pharmaceutical laboratory that was going to be closed. He saved the firm from closing, and with it 700 jobs, by finding a German purchaser.

On the back page of the first section were three stories and a large segment of the story of medal of honor winners, helicopters, and the new bridge continued from page one. One of the stories, in my view buried, was about President Obama’s visit to Indianapolis, just 60 miles away. Obama visited Allison Transmission’s Plant No.7 which had received “a heavy flow of federal cash for the President’s vehicle of choice, a hybrid that runs on electricity and less gasoline.” The article cited the President’s claim that in plants like these the American economy would be rebuilding and new jobs would be created. A smaller story just under the one about the President’s visit was about Governor Mitch Daniel’s welcoming of the President. It said that this was President Obama’s fifth visit to the state and only the first time the Governor welcomed him.

Since the paper I am describing was a Saturday edition it included the glossy magazine insert “US Weekend” magazine. The special highlighted story, front cover and all, was on “Our Warrior Moms.” Of course inside the magazine were such features as “Who’s Hot in Hollywood,” and “Birthday Buzz.” (I found out I am just a bit older than half the distance in age between Billy Joel and Don Rickles).

While the J & C distributes 33,000 of their papers with enormous resources from Gannett and lots of large local advertisers, a new monthly newspaper, Lafayette Independent, has almost completed its first year of publication, based on the hard work of about 20 progressives. LI prints from 2,000 to 3,000 copies, is produced by a volunteer editorial committee, draws upon local and internet writers, and is distributed by a network of peace and justice activists, progressive Democrats, and others. It replaced another alternative monthly newspaper, The Community Times, which had a ten-year career.

The May issue of LI is dense with copy, perhaps too dense. It is a 12- page paper. The front page included a story about a food drive organized by union letter carriers and an account of the desperate need for prison reform in Indiana. Interior pages had stories on such subjects as on Workers Memorial Day, the Midwest Peace and Justice Summit held in Indianapolis, costs of the war in Iraq and what that has meant for Hoosiers, the threat to public education in Indiana, the consequences to reproductive health due to elimination of funding for Planned Parenthood in the state, and the need to end reliance on nuclear power. In addition, there was an interesting article on the rich jazz scene in the community.

Ads are inexpensive and draw upon the labor council, crafts persons, community organizations, and local businesses. Each issue has a detailed calendar of events, particularly those sponsored by local progressive groups.

Thinking seriously about local progressive responses to ideological hegemony and its print media expression some ideas come to mind:

1. Progressives need to rigorously define what that hegemony is. What kinds of information, media frames, and ideologies are being distributed through the dominant news outlets? What are the priorities given to information: through stories, story placement in the papers, photos used, column inches of stories with different emphases AND what items never find their way into news print?

2. Who pays for the news papers? Who are the local advertisers? Can they be influenced to withdraw their vital financial support from newspapers that do not represent what citizens need and want to know? Can they be prevailed upon to support alternatives?

3. Who are the 33,000 subscribers to the J & C? Are they avid readers of the news coverage or primarily people checking out community calendars, comics, crossword puzzles, and obituaries? Can alternative papers address these interests as well? Have questions ever been posed to the 33,000 about whether they think the newspaper in town really meets their needs.

4. Can we create alternative media that appeal to, draw upon, and fulfill the needs of the vast majority of peoples living in our communities: workers, women, minorities, and youth?

5. As we discuss strategies for change, should we be thinking about alternative newspapers, radio stations, websites, and/or other venues for public communication of our ideas in our communities? Should we invite these potential consumers of progressive media to work for it, write its stories, and pay for its production? And is organizing around a progressive media project at the local level a good way to build networks of activists?