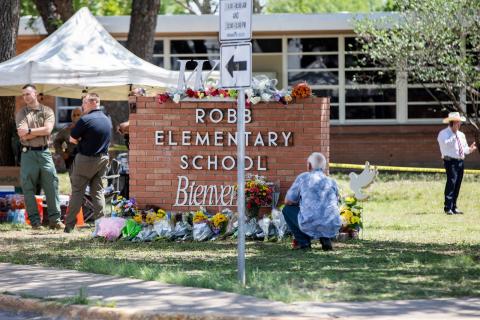 Living with America’s gruesome pattern of mass shootings is like being locked in a “house of horrors,” my colleague Gal Beckerman writes, with “a schoolroom of slaughtered children around every turn.” And yet, “as awful as it is to say, we’re learning with every killing,” he suggests. “We’re moving closer to the kind of movement that might actually make a difference.”

Sixty-three percent of Americans support an outright ban on assault weapons, but a lack of political will and a gridlocked Congress are preventing any progress toward new gun-control legislation. Moments like this one, “when the ideals of a critical mass clash with the rules that govern our collective lives, can … give rise to effective social movements,” Gal explains. But successful movements demand tough trade-offs—and the gun-reform effort is no exception.