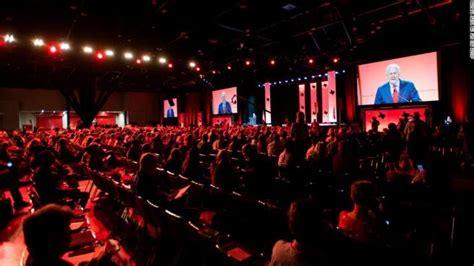 In outright suggesting a “prohibition” on a Palestinian state, the platform goes farther than the 2016 national GOP platform, which withdrew Republican support for a two-state outcome.

WASHINGTON (JTA) — The Texas Republican Party approved a platform that supports the “prohibition” of a Palestinian state in lands that Israel now controls.

The platform approved by 5,100 delegates in Houston on Saturday supports the “prohibition of a Palestinian state within the historical borders of Israel, as it would jeopardize Israel’s security and it would force Israel to give up land that God gave to the Jewish people as referenced in Genesis.”

In outright suggesting a “prohibition” on a Palestinian state, the platform goes farther than the 2016 national GOP platform, which withdrew Republican support for a two-state outcome to the Israeli-Palestinian outcome, arguing that any solution should be left to the two parties involved.

That platform did not include a biblical reference but called Israel an “exceptional country that shares our most essential values.”

The Texas platform also supports a “prohibition” on the movement to boycott, divest and sanction Israel.

Party platforms do not necessarily shape government policy even when a party controls all branches, as Republicans do in Texas. Platform conventions are dominated by activists who often stake out positions more extreme than average voters. Republicans who are very popular among Republicans statewide, such Rep. Dan Crenshaw and Sen. John Cornyn, were booed at the convention.

Still, the platform has been garnering headlines because its positions signal how far right the party has drifted.

Among other positions, the platform proposes a referendum on seceding from the United States; rejects Joe Biden’s presidency; calls for the repeal of the 1965 Voting Rights Act, which guaranteed Black voters representation; calls homosexuality “an abnormal lifestyle choice”; and supports the repeal of a law mandating direct voting for U.S. senators, preferring a return to their appointment by a state’s legislature. The party banned a gay Republican group, Log Cabin Republicans, from having an official presence at the convention.

“We can’t compromise with Democrats who have a different and incompatible vision for our future,” Matt Rinaldi, the Texas GOP chairman, told the convention. “We need to be a bold and unapologetic conservative party, ready to go on offense and win the fight for our country.”

This article originally appeared on JTA.org.