DEFENDING ACADEMIC FREEDOM AND DISCUSSIONS OF RACISM, SEXISM, AND THE FUNDAMENTALS OF THE ECONOMIC AND POLITICAL SYSTEM 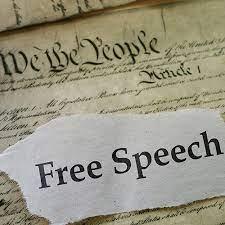 “To gauge student perception of free speech on Indiana’s public college campuses, the Indiana Commission for Higher Education will launch a survey to college students on April 5. The survey will be open throughout the month of April and will ask students to answer questions about free speech and academic freedom at Indiana public college campuses. Indiana Commission for Higher Education.” (Wednesday April 6, 2022, Purdue Today).

(With the return to colleges and universities for the fall, 2016 term, the issues of academic freedom have reappeared in the mainstream media. Recently a story was published about a letter the University of Chicago sent to its incoming students warning that all discourse was fair game, that “safe spaces” and warnings of uncomfortable subjects would not be encouraged in the classroom. The hallowed idea of academic freedom was justified by University of Chicago authorities and echoed by administrators at various universities. Ironically, as the essay posted below suggests, academic freedom has always been constrained or censured in higher education, not by radical students demanding more attention and sensitivity to issues of class, race, gender, sexual preference, and violence at home and abroad, but those who oppose such discussions. The defenses of academic freedom today are designed to stifle the demands for open discussion on these issues rather than encourage them. Harry Targ, September 8, 2016).

The essay below was posted originally in 2015.With the creation and distribution of a survey of “student perception of free speech” one wonders if the intent of the survey is really about Indiana political institutions and university administrators seeking to censor vibrant discussion in colleges and universities of issues critical to future generations under the guise of free speech and academic freedom. April 6, 2022).

And at college after college in recent years, students have rallied to block appearances by speakers whose views don’t jibe with current campus orthodoxy. Most of those speakers are conservatives. (Rem Rieder, “Campuses Need First Amendment Training,” USA Today-Journal and Courier, November 29, 2015, 8B).

Stories about academic freedom and free speech have been appearing in newspapers more frequently over the last few weeks. And curiously enough political actors on and off campus who traditionally have been least likely to be concerned about these subjects are becoming its major advocates.

Historically, universities, like most institutions in society, have been designed by and served the interests of the dominant powers. Higher education in the United States from the seventeenth century until the civil war educated theologians and lawyers to take leading positions in the political and economic system. As the nation was transformed by the industrial revolution, universities became training grounds and research tools for the rise of modern capitalism. Young people, to advance the needs of  the changing economic system, were educated to be scientists, engineers, mathematicians, and managers. Economists were produced to develop theories that justified the essential features of capitalism.

After the rise of the United States as a world power in the twentieth century, higher education increasingly included studies of international relations, weapons systems, and the particular mission of powerful nations in the world. In sum, the historical function of the American university since the 1860s has been to mobilize knowledge and trained personnel to service a modern economy and a global political power.

The conception of the university articulated by intellectuals through the centuries, however, also implied a space where ideas about scientific truths, engineering possibilities, ethical systems, the products of culture, and societal ideals would be discussed and debated (these were to include unpopular ideas). During various periods in United States history, during and after the Spanish-American War, the Progressive era, World War I and its aftermath, the Great Depression, and the Vietnam War era, for example, the university became the site for intellectual contestation. But during most periods of United States history controversial ideas introduced in the academy by faculty or students were subject to repression, firings of faculty, and expulsion of students. This was particularly true during World War I and the depths of the Cold War.

It was out of the many forms of repression that faculty and student associations advocated for the idea of academic freedom. Articulated by philosopher John Dewey early in the twentieth century and formalized by the American Association of University Professors (AAUP), the principle, not the practice, was enshrined in official statements by both university administrators and faculty.

Despite the broadly endorsed tradition faculty were purged from universities during the 1940s and 1950s, not primarily because of their teaching and research activities, but because of alleged political associations off campus. Others were fired or did not have contracts renewed because their teaching and research challenged reigning orthodoxies about economics, politics, and war and peace. In the 1960s, universities sought to restrict the free speech rights of students as well. 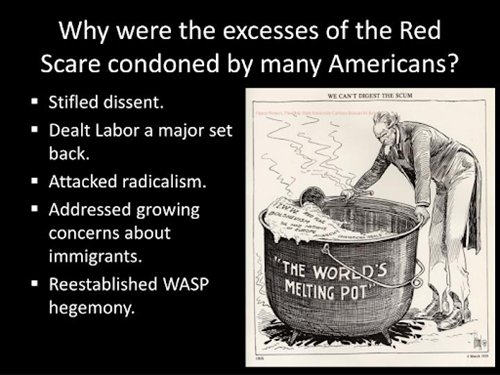 For a time as a result of the tumult of the 1960s, universities began to provide more space for competing ideas, theories, approaches to education, and allowed for some discussion of fundamental societal problems including class exploitation, racism, sexism, homophobia, and long-term environmental devastation.

But by the 1990s, reaction against the expanded meaning of academic freedom set in. The National Association of Scholars was created by political conservatives to challenge the new openness in scholarship and debate on campus. Right-wing foundations funded David Horowitz to launch a systematic attack on faculty deemed “dangerous.” Horowitz unsuccessfully tried to organize students to lobby state legislators to establish rules impinging on university prerogatives as to hiring of faculty and curricula. Politicians targeted scholars deemed most threatening including such noted researchers and teachers as Howard Zinn, William Ayers, Ward Churchill, and Judith Butler. The attacks of the last decade were based more on the ideas which “dangerous” professors articulated than their associations.

Since the upsurge in police violence against African Americans and terrorist attacks on Planned Parenthood, and rising Islamophobia and homophobia, a new generation of student activists has emerged challenging violence, racism, sexism, and homophobia. Students have protested against police shootings everywhere and they have linked the general increase in violence and racism to the indignities they suffer on their own campuses.

In response to the events at the University of Missouri, student activists around the country have brought demands to administrators challenging the many manifestations of racism and other indignities experienced at their schools. The response at almost all colleges and universities has not been to address the demands raised by students but instead to change the discourse from the original issues to the protection of academic freedom and free speech. In other words, university administrators and media pundits, as the quote above suggests, have swept student complaints under the rug and have used the time-honored defense of academic freedom and free speech to ignore the reality of racism, sexism, and homophobia. The defense of free speech has become a smokescreen.

Academic freedom and free speech must be defended. But it must be understood that today those who most loudly defend them are doing so to avoid addressing the critical issues around class, race, gender, homophobia, and violence that grip the nation and the world.

Time will tell whether surveys of university students in Indiana and elsewhere in 2022 will be used by administrators and state politicians to stifle dissent in the name of “free speech.” It is of the utmost importance for those interested in preserving the sanctity of the colleges or universities as places for the discussion of serious ideas to remain vigilant about these surveys and how they are used.