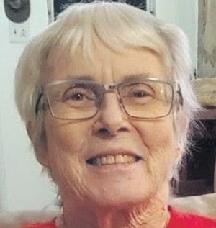 The launching of the LynnBerk37 Scholarship, 4-year all-expenses-paid, for an incoming Purdue University undergraduate will soon be announced. Bequeathed by a longtime Lafayette resident whose circumstances did not enable her obtaining a Purdue degree, now with sufficient resources, she chooses to provide a worthy candidate the opportunity unencumbered by financial constraints.

As a Purdue graduate student, 1965 -1972, the anti-Vietnam War years, Lynn Berk (1943-2020) was a campus activist-- a leader in the radical feminist movement, an engaged member of the Student Nonviolent Coordinating Committee (SNCC), and a Freshmen English teaching assistant.

After completing a Ph.D. in American Literature, she and her husband moved to Miami, FL where they became founding members of Florida International University (FIU). She retired from FIU in 2002 after having served as Assistant Dean, Chair of the English Department, and Director of Linguistics.

Lynn was an active sportswoman: A motorcyclist starting when it was rare for women to ride and put nearly 200,000 miles on her motorcycles. She, with her husband, backpacked and rafted throughout the U.S., including trips to Alaska’s Arctic Far North. Among other trips, she paddled (canoe) 400 miles of the Yukon River in Canada. Passionate about the Arctic, she wrote three novels set in Canada’s Yukon Territory. A wood turner and a blues aficionado, Lynn Berk was a trail blazing Renaissance woman, an inspiration for future generations of Purdue students.