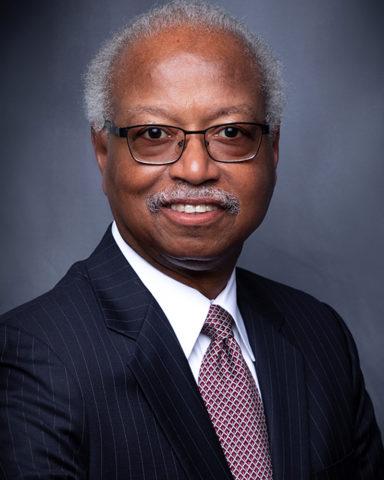 Dr. Powers was the recipient of the Purdue University Civil Engineering Alumni Achievement Award in 2002

When Purdue University opened in 1869, Black students were not admitted. The first Black Purdue student was George W. Lacey, who graduated with a degree in Pharmacy in 1890. At that time, the Pharmacy program was separate from the university. The first Black student to graduate from the traditional Purdue four-year program was David Robert Lewis in 1894. His degree was in Civil Engineering.

Last year, the Purdue College of Engineering hosted a special event honoring Lewis with a keynote lecture from Dr. Mamon Powers Jr. Dr. Powers was the recipient of the Purdue University Civil Engineering Alumni Achievement Award in 2002 along with many other distinguished awards and positions. His speech described his journey to where he is today, Lewis’ Purdue experience, and concluded that we still have a long way to go.

The first Black athlete at Purdue was baseball player Richard Wirt Smith in 1904, who studied Pharmacy. In 1913, David Crosthwait Jr. was the first Black graduate with a Purdue Bachelor of Science degree in Mechanical Engineering.

In 1914, the Purdue sports program became segregated. Black students were also not allowed to live in the university dormitories. Black men stayed in the International House in West Lafayette, and Black women were forced to either rent rooms in Lafayette or live at the Lafayette YMCA.

It wasn’t until 1946 that Indiana Governor Ralph Gates started to pressure Purdue to desegregate its dormitories. The effort to integrate student housing was led by Frieda and Winifred Parker along with their parents. The university finally ended housing segregation in January 1947.

The Parker sisters were among the first Black women to move into the Bunker Hill residence halls. In June 2021, the Purdue Board of Trustees formally celebrated the Parker sisters’ legacy by renaming the Griffin Residence Halls as Frieda Parker Hall and Winifred Parker Hall. They are the first buildings on campus named after Black alumnae.

At this same time, a Black Purdue alumni, Willard Ransom, challenged the university on the policy of segregated sports teams. A student-led protest paved the way for a Black student being allowed to play.

In the following years, many protests were held by Black Purdue students against racism at the school and in the sports programs. Black cheerleader Pam King did the Black Panther salute at both football and basketball games in 1968. As a result, she was not allowed to enter the basketball arena during the playing of the national anthem. Eventually she quit the squad.

In 1969, the Black Cultural Center (BCC) was established at Purdue. It hosted a number of events honoring historically significant Black artists, including Muhammad Ali, Mari Evans, Maya Angelou and Michael A. King. The BCC continues to be a pillar of the Purdue community, providing scholarly and curricular programming designed to strengthen the understanding of African American heritage. They host over fifty events per year.