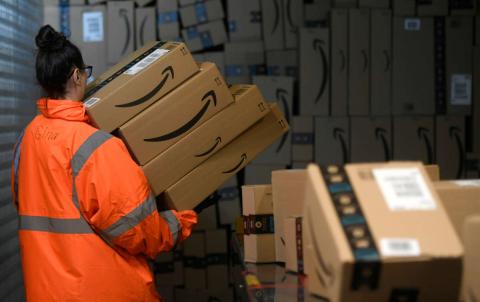 Attorney General Karl Racine of Washington, D.C., has filed a lawsuit against Amazon claiming that it breaks antitrust laws by artificially inflating prices and discouraging competition.

The lawsuit claims that Amazon abuses its wide control over the online retail market by forcing third-party sellers to offer products at lower prices on Amazon than they do elsewhere — even on their own websites — and then charging the sellers as much as 40 percent of the product’s price in fees. This causes prices to be inflated across the board, according to the lawsuit.

“Amazon has used its dominant position in the online retail market to win at all costs. It maximizes its profits at the expense of third-party sellers and consumers, while harming competition, stifling innovation, and illegally tilting the playing field in its favor,” said Racine in a statement.

Amazon controls between 50 to 70 percent of the online retail market, Racine says, so sellers will often turn to the website to sell their products. But the company is creating an “anticompetitive” environment by indirectly controlling prices set by third-party sellers, according to the lawsuit.

“We filed this antitrust lawsuit to put an end to Amazon’s illegal control of prices across the online retail market. We need a fair online marketplace that expands options available to District residents and promotes competition, innovation, and choice,” Racine continued.

Sen. Elizabeth Warren (D-Massachusetts) praised the lawsuit, tweeting, “Many small businesses feel like they have to sell their products on Amazon for their survival – but Amazon abuses its size and power to bleed them dry. I’m glad the District of Columbia is fighting back.”

As Wired reported, Amazon stops listing third-party sellers on competitive sections of their webpages if sellers offer lower prices on other e-commerce sites like Walmart, leading to dramatic declines in sales for those sellers.

“Because of its size and strength, and because sellers can’t keep their prices low on their own channels, Amazon is literally inflating the entire online economy,” former Amazon seller Jason Boyce told Wired.

Amazon had previously had a “price parity” provision that stopped sellers from offering lower prices elsewhere. The practice came under enough scrutiny in the U.S. that the company dropped it in 2019. But Racine and sellers said that the practice never went away — the company just replaced it with a similar policy with the same name.

The lawsuit, filed on Tuesday, is one of several antitrust lawsuits from states and the federal government filed against large tech companies over the past year. Though the suit was filed in D.C., it echoes complaints about the company from the rest of the country.

Antitrust claims can be hard to prove, but The New York Times reported that Tim Wu, scholar and influential big tech critic, pointed to claims over the company’s pricing mechanisms as the best way to go after Amazon on an antitrust front. The Biden administration also appears to be prepared to take on big tech monopolies with Wu as an National Economic Council adviser and Lina Khan, progressive antitrust champion, on the Federal Trade Commission.

“This suit is another indication that the tide is shifting — both policymakers and the public want Amazon’s outsized power to be curtailed,” Stacy Mitchell, Institute for Local Self Reliance co-director, a technology nonprofit and advocacy group, told Recode.