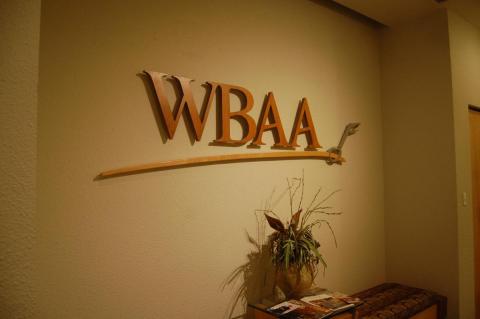 Purdue has agreed to "pass control of" its WBAA radio station to an independent radio company, it announced today in a press release.

WBAA, the AM and FM radio station known for providing students with internship opportunities on campus, will be operated by Metropolitan Indianapolis Public Media, as long as Purdue's board of trustees approves the deal at its upcoming meeting Wednesday. The license transfer also must be approved by the Federal Communications Commission.

If both approve, MIPM will take over operations "on or around Oct. 1," according to the release.

"They will have a presence in Greater Lafayette," Purdue spokesperson Tim Doty told The Exponent Thursday afternoon, though he said it is uncertain whether that presence would be in the current Elliot Hall of Music space. The studios in Elliott were extensively renovated about 20 years ago, according to an Exponent report.

Local news, NPR and classical music will continue to be aired on WBAA on FM, AM and digital frequencies. The quality of the station itself will not change, Doty said.

"Listeners will not notice a difference," he said. He said the only real difference they may notice is a "few more mentions" of WFYI.

Doty said he was unable to say for certain how much Purdue typically spends on WBAA in a year, and how its funding will break down in the future.

Details are still to be determined, but the release laid out these expected "enhancements":

The Exponent reached out to WFYI officials for comment but did not receive a response by Thursday afternoon.

WBAA has come under threat before.

DeCamp defended the "validity" of the radio station for three reasons, per the biography. Those included that the station was a major source of publicity for the university; it provided cultural and educational programs for children and adults; and it provided an opportunity for students to learn about broadcasting, which was then not available for credit at Purdue.

WBAA needed to enter public fundraising for the first time in August 1997, per an archived Purdue News release. This was due to "reduced federal funding for public programming, changing listeners' tastes and other factors."