Report: Remove Coal Ash to Clean Up Toxic Pollution of IN Groundwater 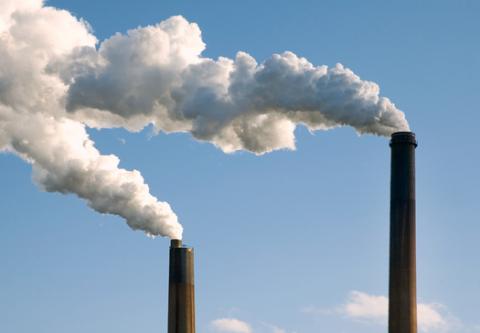 INDIANAPOLIS -- A new study reinforces the view of many Indiana environmentalists the best way to clean up toxic coal ash is by removing it, rather than leaving it in place.

Coal ash is the waste produced from burning coal, and often is stored in unlined impoundments.

The report, from environmental law nonprofit Earthjustice, looked at the Michigan City Generating Station in Indiana, along with two others in South Carolina and Montana.

Tim Maloney, senior policy director for the Hoosier Environmental Council, said for many years, Indiana's coal ash was virtually unregulated. He added the pollution can be harmful to both human health and aquatic life, when it causes toxic metals to leak into the groundwater.

"We have dozens of these leaking surface impoundments that are contaminating groundwater, and in some cases have contaminated drinking-water wells," Maloney reported. "So it's a major, major environmental contamination problem."

Indiana has more coal-ash surface impoundments than any other state, and many are closing, due to federal regulatory measures of leaking impoundments put in place in 2015 by the Environmental Protection Agency.

Some utility companies are proposing a leave-in-place approach, draining surface water and capping the pond. Maloney argued a clean closure, fully removing the ash, is better for the economy and the environment.

A clean closure of the Michigan City plant could create roughly 70 jobs in the area. Maloney suggested Indiana's many impoundments could be better served as locations for clean-energy generation.

"Areas where the ash is left in place generally cannot be redeveloped because they're not structurally sound enough to build on top of," Maloney explained. "Plus, you have to maintain the viability of the cover that they put over the ash, or else you're just contributing to the long-term environmental contamination."

He pointed to findings in the report, which showed a clean closure of the Michigan City Generating Station would increase Indiana's GDP by $113 million more than the proposal by NIPSCO, the utility company there, to leave the ash in place.

He added for the surrounding community, which is nearly 40% people of color and more than 45% low-income, a clean closure would better protect their water.