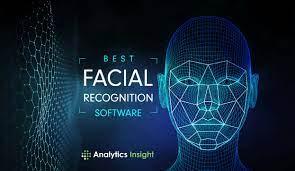 David Sanders, a West Lafayette City Council member, isn’t giving up on a fight to block the city from using facial recognition software in police investigations and other city departments.

In November, Mayor John Dennis – a retired police officer before being elected in West Lafayette – vetoed a facial recognition ban a day after it passed with a 5-4 vote from the city council.

This week, Sanders filed an attempt to override Dennis’ veto. The measure will go to the city council on Monday, Dec. 6. Sanders would need one of the four city council members who voted against the facial recognition ban to switch sides to get the two-thirds majority needed to override the mayor’s veto.

Does he have it?

“I’m working on it,” Sanders said. “You never know until you try.”

Dennis promised a veto from the start, when Sanders first broached the subject in June. He said he thought it sent the wrong message to West Lafayette police officers that the city didn’t trust them to do solid investigations. Police Chief Troy Harris told the council that his department didn’t use facial recognition software in-house and that he wasn’t in favor of anything that was used for surveillance coverage. But he argued that banning a particular technique could hamper investigations in the future.

Council members who voted for the measure said they were uncomfortable with the Big Brother aspects of what they called an unproven and unreliable tool – particularly when it came to identify the faces of women and people with darker skin tones. The proposed ban passed on 5-4 votes in October and November. (To read the full ordinance: Here’s a link.)

At least one council member who voted against the plan said Monday she wouldn’t change her mind.

Kathy Parker said she didn’t have a problem with police sending photographs of assailants to the Bureau of Motor Vehicles to get leads in cases. She said she didn’t buy arguments that the city could ban the software and then amend the regulations as technology got better.

“There is a rape problem at Purdue, and this ordinance bans law enforcement from sending photographs of assailants to the BMV for leads on suspects,” Parker said. “The citizens of West Lafayette deserve protection 24/7, not only when an ill-advised ordinance is amended.”

The other votes against the ban came from Gerald Thomas, Larry Leverenz and Jeff Brown. They did not immediately respond to a message asking for their takes. The yes votes came from Sanders, Peter Bunder, Nick DeBoer, Shannon Kang and James Blanco.