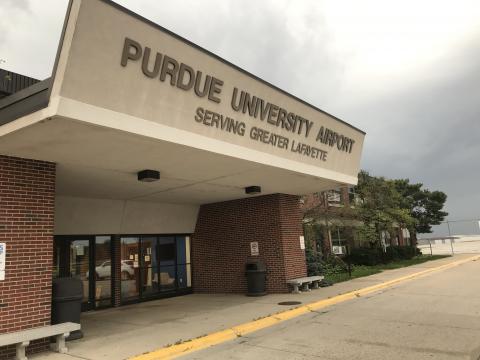 If you’re looking for a peek into the hopes and aspirations of the Greater Lafayette region, a 74-page plan submitted last week to the state tells plenty.

How the Greater Lafayette region will stand up against 16 other entries submitted last week in Indiana’s Regional Economic Acceleration and Development Initiative grant process, we’ll have to wait until December to find out.

That’s when a panel assembled by the Indiana Economic Development Corp. is expected to announce how $500 million set aside from federal COVID-19 relief funds will be divvied up among more than $1 billion in requests aimed at economic development projects and quality of place initiatives that touch all 92 counties.

The idea, laid out in Gov. Eric Holcomb’s State of the State address in January, is to put up to $50 million into 10 regions to jumpstart larger economic development projects. The other six regions … apparently, not so much.

But if you’re looking for a peek into the hopes and aspirations of the Lafayette region – one driven by several large Purdue targets and one that pulls in neighbors in Fountain, Warren, Benton, White and Carroll counties – a 74-page plan submitted last week to the state tells plenty.

A 10-story hotel in downtown Lafayette.

A region anchored by a new focus on semiconductors.

“We know there’s a lot of competition out there – maybe more than the state was ready for,” Scott Walker, president and CEO of Greater Lafayette Progress, said. “A lot of these things we’ve been working toward anyway. And many of them are things we’ll keep working to do, no matter what. What this process did was get us to think about them regionally.”

You could justify full-length pieces on just about every one of the goals and related 43 projects – from the return of commercial airlines to Purdue Airport to new housing to rural broadband to wastewater treatment systems in smaller towns.

And those stories will come, in time. Consider that the total cost to do everything in the Greater Lafayette plan, once state money, local government matches and private investment are tossed in: $2.2 billion.

For now, here are some of the highlights.

To read the plans for Indiana’s other regions, here’s a link to that.

WHO IS INVOLVED: After Holcomb announced the grant competition – one that started with $150 million and built to $500 million as more federal relief funding came through – Walker said Greater Lafayette leaders invited those from the surrounding seven counties, plus Cass County to the northeast (home of Logansport). Montgomery, Clinton and Cass aligned with other regions. The six counties situated by Tippecanoe County include the cities of Monticello, Delphi, Attica and Covington. The region includes 264,597 people. Of those, 70% live in Tippecanoe County.

BIG PICTURE GOALS: Greater Lafayette’s plan aims to increase the population at a rate 150% faster than during the 2010s; add 8,000 people to the labor force by 2030; increase housing stock by 10%; double the annual tourism numbers; boost per capita personal income to something greater than the state’s average (meaning from $43,669 in 2020 regionally compared to $48,678 statewide); and increase the labor force participation rates from 62.8% in 2020 to 64%.

THE PROJECTS IN MIND: Just a few, but big ones just the same …

Others: The plan suggest a new co-working studio in Monticello, more support for the MatchBOX Coworking Studio in downtown Lafayette and a business incubator in downtown Attica; resources to lower barriers for the livestock industry; regional “talent attraction” projects to encourage people to relocate to the area; and funds to increase the amount of child care available.