A Commentary on Facial-Recognition Surveillance 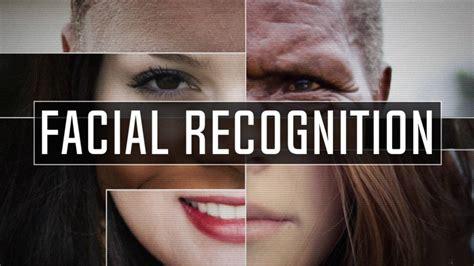 I have been concerned about the invasion of privacy posed by the
deployment of facial-recognition surveillance for several years. Having
spent considerable time in both China and the United Kingdom where
surveillance in urban environments is omnipresent, I know the dangers
that it poses to the freedoms of association, assembly, religion, and
speech. There are also the issues of bias and lack of transparency in
the facial-recognition algorithms. Last year I sponsored legislation
banning government use of facial-recognition technology. It passed the
West Lafayette City Council twice by a 5-4 vote, but it was vetoed by
the Mayor, and the Council did not override the veto. The main voiced
objection was that the ordinance would interfere with the ability of law
enforcement to investigate violent crime. There was also divergent
information on how often the technology was used by the government of
West Lafayette.

I reintroduced the legislation with an exception for violent-crime
investigations and included a mechanism for tracking how often the
technology was employed by law enforcement. Reneging on earlier
commitments, the Council did not pass the revised ordinance because of a
threatened veto from the Mayor. Strikingly, there have been some
developments that should have made the ordinance even more compelling,
but failed to do so.

It was uncovered that the Indiana Bureau of Motor Vehicles, one of the
two agencies to which law enforcement in West Lafayette sends data for
processing by facial-recognition technology is, in fact, selling the
personal data of Hoosier drivers to private companies.
https://cbs4indy.com/news/records-show-the-indiana-bmv-has-been-selling-peoples-personal-information/

The other agency is the Indiana Intelligence Fusion Center (IIFC).
According to IIFC documents and the initial assertions of an IIFC
spokesperson, the company whose facial-recognition surveillance
technology is used is Vigilant Solutions. In fact, according to an
investigative report, the overwhelming number of facial-recognition
requests by the IIFC went to another company, Clearview AI.
https://www.wbaa.org/government/2022-03-06/in-west-lafayette-a-ban-on-facial-recognition-technology-failed-but-questions-remain-about-its-use-in-indiana

Why would this fact be undisclosed?

In essence, the company obtained its database by, according to press
accounts, taking data without the permission of either the subject of
the photos or the platforms upon which they were displayed.
Furthermore, since the first ordinance was introduced, France, Italy,
the United Kingdom, Canada, and Australia have fined, banned data
collection on citizens by, and/or insisted on the removal of data on
citizens by Clearview AI. And yet, the City of West Lafayette wants to
enhance the databases of Clearview AI, which, because of the nature of
the program, is watching over the shoulders of law enforcement to see
who is being investigated in West Lafayette. Finally, very recently to
settle an ACLU lawsuit, Clearview AI agreed to restrict the use of its
database, although they continue to work with law enforcement.
https://apnews.com/article/technology-business-social-media-chicago-lawsuits-fc4f902976aecdd38b1eca48694c8faa