'Not revisiting it would be a mistake' 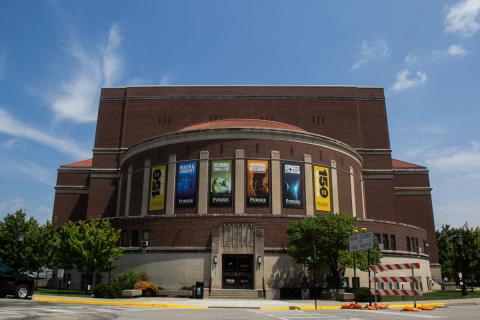 In 1944, 16-year-old freshman engineering student A. Leon Higginbotham Jr. set up a meeting with then-Purdue President Edward C. Elliott to discuss the substandard living conditions that he and the 11 other Black civilian students enrolled at the university were forced to live in if they wanted to stay in the West Lafayette area. Purdue had a housing policy that barred racial integration at the time.

Tired of the freezing conditions living in the unheated attic that the 12 of them shared in a private boarding house, Higginbotham, as he outlined in his book “In the Matters of Color: Race and the American Legal Process,” wanted to share his experience with the administration in the hopes of garnering sympathy and possibly a change in their living situation. After all, he and the others were Purdue students.

“Surely there was enough room in that world, I told myself that night, for 12 black students in a northern university in the United States to be given a small corner of the on-campus heated dormitories for their quarters,” Higginbotham wrote. “Perhaps all that was needed was for one of us to speak up, to make sure the administration knew exactly how a small group of its students had been treated by those charged with assigning student housing.”

When Higginbotham got his meeting with the president, he heard a disheartening response.

Higginbotham would leave Purdue soon after for Antioch College in Ohio, which didn’t have segregated housing. He would go on to a long and distinguished career practicing law, becoming a federal judge and serving on the U.S. Court of Appeals for the Third Circuit and serving as an adviser to President Lyndon B. Johnson.

Higginbotham’s nephew, Michael, a law professor at the University of Baltimore, said his uncle’s exchange with Elliott was one of the reasons he decided to go into law.

“It certainly was an impetus for him to transfer,” Michael Higginbotham said. “And once he got to Antioch, he changed to pre-law.

“I think he probably, if he hadn't transferred, he may not have changed his major as well.”

The nephew said it was Elliott’s lack of empathy that dismayed his uncle.

“He didn't really expect President Elliott to say, ‘OK, you know, blacks can live in the dorms,’” Michael Higginbotham said. “Whether it be in a segregated situation or in an integrated situation. But he did hope to maybe get a little sympathy, you know, like, ‘I wish I could help you, I wish there was something I could do.'”

Elliott’s words not only had a profound effect on Higginbotham, but also on a group of Purdue alumni studying law at Indiana University, who started a petition last week on Change.org to rename Elliott Hall.

The building, which houses Purdue Bands & Orchestras and hosts concerts and spring commencement, was built in 1940 and renamed in honor of Elliott in 1958.

One of those petitioners, Rani Amani, an IU-McKinney law graduate in May and a 2015 Purdue graduate, said she was appalled when she came across Elliott’s words while reading Higginbotham’s book for a class in May.

“Just seeing it in terms of his (Higginbotham’s) experience, and I think, you know, with President Elliott and the callousness of that response, definitely it was shocking,” Amani said. “When we had a class discussion about it, and when I was talking to a couple of other students, I mean, I was embarrassed about it, to be honest.”

Amani said she recognizes that Elliott may have done great things for Purdue, but it’s time to look into making a change. She hopes the petition starts a conversation within the administration that filters down through the university’s faculty and students.

“I think that not revisiting it would be a mistake,” Amani said. “Especially in this day and age with, you know, I think that the country's really at - I don't know if you'd call it a racial reckoning?”

The younger Higginbotham said he believes, given America’s history of racial discrimination and segregation, that the morality of political figures either stands the test of time or doesn’t. Elliott’s doesn’t, he said.

“What troubles me so much is that when you look back, there were people who took a different stance than President Elliott, and in a lot of places,” Higginbotham said. “The law didn't require President Elliott and others to integrate or to allow blacks to be on campus, but it didn't require them to put blacks off of campus, it gave them a choice, it gave them an option.

“And so President Elliott's choice, I think, was problematic looking back on it.”

Higginbotham said he thinks the building should be renamed after someone who worked toward changing segregation laws.

The petition comes at a time when Purdue is beginning to reconcile with its racially charged past. Earlier this month, the university announced the Griffin North dormitories would be renamed after Frieda and Winifred Parker, two Purdue students who, in 1946, helped break down the segregated housing policy that had left Higginbotham out in the cold just a year earlier.

Amani is currently cramming for the Indiana bar exam but has worked on spreading the petition’s message when she can.

“I think the most important thing was wanting to start a conversation and try to do something about this versus just, you know, reading about it and kind of staying silent, because I think that’s how things change,” Amani said. “I think having a conversation regardless is important.”