How we can save local news 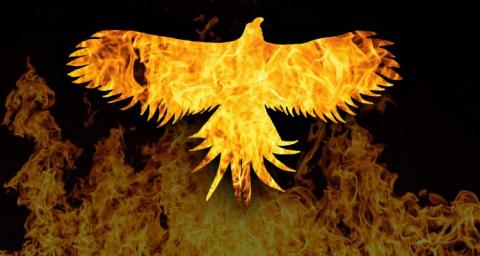 If Hollywood wanted to make a gritty movie about the work of dig-it-out newspaper reporters who uncover big local stories of government doings and corporate misdeeds, it couldn’t have chosen a more picture-perfect location than the boisterous newsroom of New York’s Daily News. Once the largest-circulation paper in America, the Daily News embodied the rich history of brawny tabloid journalism, even serving as the model for DC Comics’ The Daily Planet, workplace of Clark Kent and Lois Lane in Superman. But there’d be a problem with filming at the Daily News now: Its owners have eliminated the newsroom, leaving reporters, editors, photographers, et al. with no shared workplace. Yes, today, it’s a newspaper without a newsroom.This once proud publication is now owned and run by Alden Global Capital, a multibillion-dollar hedge fund with a long record of buying papers on the cheap, selling off their assets, and slashing pay and jobs. Media watchers have labeled these vulture capitalists the “ruthless corporate strip-miners” of local journalism. And sure enough, in the past couple of years Alden’s profiteers have steadily plundered the paper, eliminating half of its newsroom staff. Then, last August, they told the remaining journalists they would no longer have a physical place to work.To be clear, this closure was not a temporary measure to protect staff from Covid-19. Nor was the newsroom abandoned in favor of relocation to a less expensive office (an increasingly common cost-saving decision). Indeed, real newspaper publishers realize that the collective hive vitality of a newsroom, with its camaraderie and reportorial cross-fertilization enrich the journalism.Enjoying Hightower? How about a weekly email that gives you the full scoop?Sign up   But Alden is in the business of making money, not journalism. The Wall Street bosses emailed staff that they weren’t selling the offices–just leasing them to other businesses, creating a new revenue stream for fattening the profits of the fund’s investors.Unfortunately, such crass corporate calculations are typical of the new model of a nationalized, conglomeratized, and financialized “local” journalism that has already taken over thousands of papers in big cities, suburbs, and rural areas across America.Wear it like you mean it.Gear for progressive populists in the Lowdown store.The scale and speed of that transformation have been breathtaking:

Note to hedgefunders: These projects aren’t intended to “scale,” since–as Josh Stearns of the Democracy Fund says–it was corporate ambitions to cut costs by consolidating and “scaling” that got us into this mess. Instead, by sharing ideas, learning, and resources, these local projects help each other succeed. And unlike the hedge-fund papers, their success is not measured simply by financial return, but also by community benefit–how they help keep citizens informed and engaged.Meanwhile…

These and so many more examples are glimmers of real journalistic hope across our land. Committed community journalists are determined democracy fighters, butting their heads against the money wall to bang out honest news for local residents, not windfalls for profiteers. Instead of bemoaning the decline of the free press, let’s join with these gutsy journalists and activists who’re actually working to “free” it! Subscribe, donate, volunteer, spread the word … and generate your own ways of helping them help us.Hello Wall Street, Pottstown CallingThe callous shriveling of local people’s news coverage by Wall Streeters is sacrilege to hard-nosed newshounds like Evan Brandt, a proud 23-year veteran of The Mercury in Pottstown, PA, some 40 miles northwest of Philly. Until it was sold in 1998 to the Journal Register Company (known for gutting its newsrooms), The Mercury had a full-fledged staff covering Pottstown and surrounds. In 2011, though, Alden Global Capital swept in to grab The Mercury off the bargain table. Instead of investing in the paper’s potential, the hedge fund milked it for profits: It pocketed the subscription and ad revenue while making round after round of cuts to staff and coverage.By 2019, Brandt was the only one left, serving as both editor and sole reporter for a publication responsible for covering vital local doings–from government action to corporate shenanigans, sports to elections, weather to protests. Impossible. Alden even sold off The Mercury‘s downtown office building, so Brandt’s “newsroom” is attic space in his home. And then last year, Alden pulled a whopping 30% profit from its Philadelphia- area properties, including the Pottstown paper. Brandt says that this “grilled my onions.” So, the portly, 55-year-old journalistic maverick did the unthinkable: He drove his Toyota Corolla 240 miles to New York so he could put a question to his boss–not the boss of Alden’s newspaper division, but the Big Boss, a guy named Heath Freeman, president of Alden Global Capital.Heath lives in a waterfront mansion in Montauk, Long Island, one of the Wall Street power elites’ tony seaside villages. The rumpled reporter, in a black T-shirt proclaiming “#NEWS MATTERS,” went right up and knocked on Freeman’s door. As he later told the New York Times, when the door was opened onto the mansion’s foyer, Brandt caught a glimpse of the 40ish tycoon of vulture capitalism standing upstairs. The encounter lasted only a few seconds, but Brandt seized the moment, locking eyes with Freeman, and pointedly asking: “What value do you place on local news?”The vulture just shook his head and fluttered away.WRITER: Jim HightowerRESEARCH: Laura EhrlichCOPY WIZ: Terry J. AllenPRINT DESIGN: Debra BarronILLUSTRATOR: Brian DuffyCIRCULATION: Circ Monster LLCCAT WRANGLER: Jay HarrisINTERWEB EMISSARY: Deanna Zandt