The Pandemic Could Set Women's Pay Back a Generation 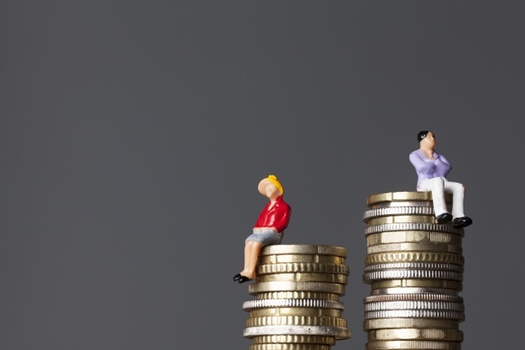 INDIANAPOLIS - While the wage gap between men and women has narrowed over time, there are concerns the pandemic's disproportionate economic toll on women will have ramifications for years to come.

Today is Equal Pay Day, marking when women's earnings catch up to what men earned in 2020. Women earn about 20% less than men.

Naomi Farahan, advocacy coordinator for Women4Change Indiana, said the workforce lost more women than men in 2020 because of caregiving responsibilities or because they work in low-wage industries that were scaled back. She said it could set women back a generation.

"When we consider what the gender pay gap means, we have to think about pregnancy, accommodations, paid family leave, etc.," she said. "And when you think about all of those factors, we will be held back because of the pandemic and the number of jobs women lost."

Farahan said large structural changes are needed to close the wage gap, including paid sick leave and policies that prevent employers from using salary history to set wages and prohibiting employees from discussing their salaries. There also are calls for Congress to pass the Paycheck Fairness Act, to update and strengthen the Equal Pay Act of 1963.

The Institute for Women's Policy Research found women earned less than men in nearly all occupations in 2020. In Indiana, Farahan said, the pay gap is quite steep.

"Caucasian women make 74 cents for every $1 a man makes, so we're doing worse than the country's national average," she said. "We continue to rank in the bottom five states. And of course, it's worse for women of color."

According to the American Association of University Women, the wage gap for many women of color is not only wider than the overall women's wage gap, it's also closing more slowly. The wage gap for white women is expected to close in 50 years, compared with 350 for Black women and 432 years for Latina women.