Higher Education and Economic and Political Elites: The Harvard Mode 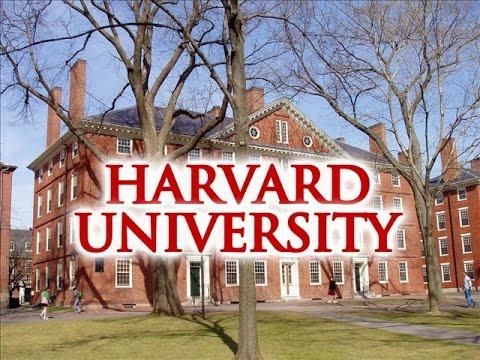 About 25 years ago I was listening to one of the premier conservative radio pundits claim that the only institution “we” do not yet control is the university. That statement was prophetic in that the profusion of books and articles today document the multiple ways in which colleges and universities are being transformed by the neoliberal economic agenda, the pursuit of so-called STEM-based education, and the seizure of power in higher education by the Koch Brothers.

This new literature, however, is only half correct because as Sin Eun-jung richly documents, the world’s premier university, Harvard, had established the model for a higher education that would serve economic and political ruling classes well before the twenty-first century. Armed with direct childhood experience of state repression of students in Gwangju, South Korea and growing up in a culture that lionized United States universities, particularly the image of Harvard, the author provides a detailed narrative of the “model” for the modern university that had its roots as far back as in its participation in the Salem Witch Trials.

Verita$ is a popularly written text that takes the reader through the history of Harvard University addressing most of the issues raised by the burgeoning critical literature on higher education. The author describes in detail the authority structures at Harvard and their very modest evolution since the student protests of the 1960s. The Harvard Corporation and a tiny executive elite have ruled with little regard for faculty, students, or staff input. When protests arose in the 1960s, the Harvard Corporation dispersed some measure of control to separate colleges, but control by the oligarchs remained.

More importantly, in every historical period CEOs at Harvard have been largely hand-picked representatives of the economic ruling classes. They have been conscious of the need to train continuing generations of stewards of an oligarchical capitalist system. As one student put it, “it’s hard to say exactly how it happens. But after four years here you feel as though the world has been created to be led by Harvard men.” (7)

Verita$ provides a useful historical narrative about the multiple ways in which Harvard CEOs, faculty and students have served the status quo. Harvard graduates and Corporate Board member Cotton Mather served on a trial that convicted George Burroughs of being a witch in Salem in 1692. He was hung for his crime. Harvard executives, professors, and graduates also figured prominently in the defense of slavery. They actively opposed women workers who went on strike in Lawrence, Massachusetts in 1912, and Harvard students hit the streets to oppose Boston police who went on strike in 1919. Harvard President Abbott Lawrence Lowell chaired a committee that reviewed and endorsed the judicial ruling to convict and execute Sacco and Vanzetti. Harvard president James Conant welcomed a rich German alum who was a close aide to Adolf Hitler in the 1930s, and while formally opposing McCarthyism in the 1950s, scholar Ellen Schrecker in No Ivory Tower points out that faculty with radical views were often dismissed from their positions.

Not only has Harvard been the paradigmatic training ground for generations of young men of the ruling class, but it also is an institution which provides the research and education to cement ruling class rule. Richard Levins, an idiosyncratic Harvard professor, reported that “Harvard is an organ of the American ruling class whose mission is to do the intellectual labor that class needs.” (7)

Harvard scholars were recruited by and had ready access to the White House during the Vietnam War. McGeorge Bundy, Henry Kissinger, Samuel Huntington and others were instrumental in fashioning the escalating Vietnam War policy.

Kissinger urged President Nixon to launch the brutal Christmas bombing, hitting civilian targets all across North Vietnam in December 1972, and Samuel Huntington, a contract researcher for the CIA, contrary to Harvard policy, warned David Rockefeller and other members of the Trilateral Commission in the 1970s of the “excesses of democracy.” Earlier, in 1962, he designed the “Strategic Hamlet Program” that displaced Vietnamese peasants from their homelands. Harvard administrators, scholars, and alumni have been involved in virtually every odious movement, policy, and government in modern history; from eugenics, to Nazism, to militarism, to the promotion of atomic war, to the development of economic policies referred to as “shock therapy” that impoverished millions of Russians and Eastern Europeans, to sexism, racism, and class exploitation.

To be sure, Harvard has not been the only university that has served economic ruling classes and imperialism throughout United States history, but it has been the model for which most other major institutions follow. And as the author, a South Korean, points out, Harvard has trained the ruling classes of many of the world’s nations and has inspired wealthier families from many of these countries to send their children to Harvard as well.

Verita$ also describes how Harvard financial wizards used its endowment funds for purposes of financial speculation, beginning in the new century, only to experience major losses after the financial crisis of 2008. Researcher and Harvard graduate John Trumpdour wrote that “others have said that Harvard is a giant financial, stock market, and real estate investment firm that happens to have classes on the side, so that it can keep its tax-exempt status.” (167).

This case study of the history and political economy of one university, albeit the most important one, adds immeasurably to a knowledge base that can be used by activists who see the need to defend the idea of the university from the neoliberal onslaught. Its contribution could have been even greater if the author added a chapter that explicitly addressed the dominant paradigms influenced by Harvard scholars over major disciplines, particularly since the end of World War Two. How did distinguished economists, psychologists, social scientists, and humanists shape what became “legitimate” knowledge in the academy? What approaches to these disciples were shunned by academic researchers? To what extent was the definition of legitimate knowledge shaped to meet the interests of the United States and the capitalist system? Examples are presented as President Conant or Dean Bundy proclaim that Harvard research and teaching must serve the needs of the military/industrial complex. But the question of linking institutional power to knowledge could have been addressed in greater depth.

I am sure that Shin Eun-jung would have agreed that academic fields are shaped by paradigms or theories that justify the existing economic and political order. The university is not usually a haven for discussions about the fundamental structures of inequality, racism, patriarchy, the devastation of the environment, or war. In the end, Boards of Trustees, think tanks, university administrators, and federal programs are committed to a university system that supports the capitalist state. Only limited and circumscribed debate about issues fundamental to economic vitality and political democracy are allowed. Therefore, the university was not created for, nor does it prioritize today, discussions of fundamental truths.

Despite the lack of discussion of the connection between substantive knowledge and Harvard as a ruling class institution, Verita$, a book written to complement a documentary film of the same name, provides a rich data and historically-based description of America’s premier educational institution. The book demonstrates how Harvard has impacted through research, education, and policy-making around the globe. The author, Shin Eun-jung, filmmaker, author, activist died prematurely at age 40 but her writing and film-making leave an important legacy.