Opinion: This must be what it felt like to be a Loyalist in 1770 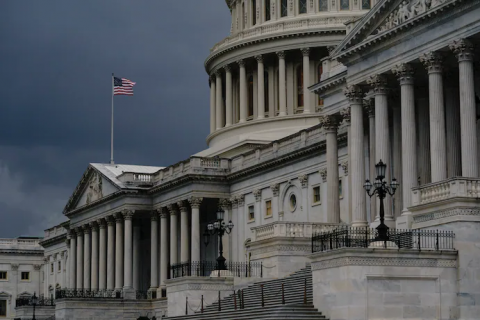 This must be what it felt like to be a Loyalist in 1770 or so. He knows that he is a citizen of the Greatest Nation, and is grateful, but he lives among many who feel increasingly mistreated, disrespected, even held in contempt by the Crown and by the courtiers who surround the throne of power in a distant capital.

Many direct their ire at the king’s ministers, or at a Parliament in which they feel they have no voice, but the sense of estrangement grows steadily. The Loyalist remains devoted to his nation and its institutions, but wishes that his rulers were more attuned to the extent of the restiveness in what they seem to regard as their empire, and more sensitive to the legitimacy of many of those concerns.

Out here in what I’ll call the colonies — the lands beyond the centers of power — rules that must seem wise and just to the national lawmakers often come across as clueless, contemptuous edicts. Our voting laws, land use policies, labor laws, fiscal freedom to lower taxation, all are to be overridden.

A tiny parliamentary majority seeks to pad its paper-thin margin, enhancing its ability to continue such trespasses, by creating what is known as a “rotten borough” — with few voters but a seat at the legislative table nonetheless.

People here, where government lives within its means, watch in wonderment as those in authority run up unimaginable mountains of debt, accumulated not for investment in the long-term future but for current consumption. Doomed to face the inescapable burden of servicing and repaying those debts, our children will experience true taxation without representation.

Escalating migration to the provinces demonstrates that dissatisfaction with current government is shared even in the power centers, but when the new arrivals reach their refuges, they may find that the impositions they were fleeing have followed them. There are even rumors that the taxing authorities they thought they were escaping will try to tax their income in their new home.

One can try to rationalize that these actions, as the imperialists of old told themselves, are motivated by a sincere missionary spirit, a desire to evangelize and convert the heathens, by force if necessary, “for their own good.

But my neighbors who still cherish traditional ways of life must be forgiven if they do not surrender meekly and instantly to what they interpret as an unprovoked and unwarranted assault on sincere and legitimate customs and beliefs. Blanket denunciations of entire regions or categories of people only serve to strengthen the credibility of the most strident and radical anti-establishment voices.

Observing the growing discord, a Loyalist hopes for ways to defuse this ill will, and accommodate understandable resentments before they become even more virulent.

Perhaps the best idea for a better way forward is to devolve or, better said, restore more decisions to lower levels of government. The idea has been suggested by numerous commentators, but it is especially well defined and defended by Brian Riedl in his recent paper for the Manhattan Institute. Riedl argues that returning more authority to states and localities would foster more competent, flexible, creative government, arrived at by less hostile, more bipartisan means.

He names health care, education, welfare and infrastructure as logical realms in which states would be likely to deliver services more competently, flexibly, imaginatively and with far greater accountability than the federal government ever does. He notes that Europe is full of countries smaller than most American states, who manage to operate effectively in these areas. To the challenge that some states might not handle these tasks well, he replies, dispositively, “Compared with what

The most important benefit of a Riedl-like plan might not be its superior competence but an alleviation of alienation. To those ideologues among us who are “so convinced of the superiority of their policies that nothing less than their implementation from sea to shining sea is acceptable,” who believe that “the other party’s approach is so destructive that no American should live with its consequences, even if local voters unwisely choose to vote for it,” Riedl recommends a dose of “humility, modesty, gradualism, and acceptance.”

That’s an appealing list, although he missed a chance by not also playing today’s ace and king of trump, “diversity” and “inclusion.”

My disaffected colonial neighbors aren’t seeking to universalize their ways and values, only to be afforded the tolerance to live by them without harassment or disdain. Humility and modesty seem quaintly out of fashion, and central authorities almost never turn loose of power once they have seized it, but even small gestures of “acceptance” and understanding would go a long way.