24 hours in the life of American workers 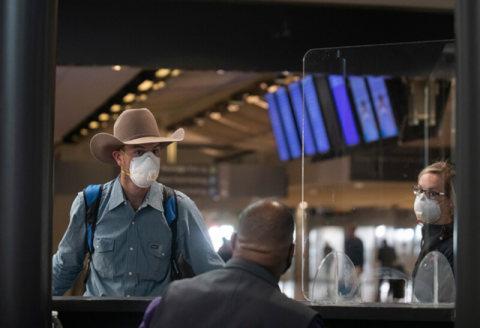 To pay the bills, they must go to work. And theirs is work that cannot be done from the confines of home, distanced by email and Zoom meetings from the deadly dangers of the coronavirus.

A trucker waiting on his load for another cross-country haul. A public defender meeting with a client in a dingy courthouse holding room. The owner of a small hardware store trying to make sure customers mask up as they walk in.

The stark reality is that the pandemic has put millions of American workers at risk in ways that few could have imagined just seven months ago. The fallout has revealed an economy and labor force sharply divided along lines of race, class and privilege.

Workers who are able to do their jobs remotely are almost twice as likely to be White as Black or Hispanic, according to recent studies. They also are far more likely to be highly educated and well-off. Only 18 percent of people from households with incomes less than $50,000 were able to work from home this spring, compared to 45 percent of those from households making more than $100,000, and the gap remains significant despite a big increase since then in the number of Americans working remotely.

Although working from home has increased during the pandemic, as many as two-thirds of Americans in the workforce cannot do their jobs remotely.

Access to paid sick leave is typically unavailable for about 1 in 4 workers — a testament to shortcomings of the U.S. labor market and one that has drawn renewed focus now that tens of thousands of people have been infected on the job. Yet confusing public health recommendations, lax government enforcement and a polarized political environment have slowed many companies’ response, even as the business lobby helped beat back attempts to provide workers with greater protections.

Early in the pandemic, the lionizing of hospital and supermarket workers obscured the scores of men and women on different front lines. This is a look at 24 hours in the life of some of those other individuals, on a routine Tuesday in September in a world in which so much remains far from routine.

In Davis, Calif., there was Khadija Zridi, half of a husband-wife team now delivering restaurant orders for DoorDash. In Omaha, Eric Reeder was heading back into a meatpacking plant because his position as a union official means he worries 24/7 about conditions there.

None of the 10 workers who were part of the day think of themselves as heroes. They say they’re simply doing what they must — showing up despite concerns about safety, showing up because of expenses and financial pressures, showing up out of a sense of commitment, even mission.

“I don’t want to die of this,” Reeder says, “but, unfortunately, meatpacking workers have to go to work. And if I don’t go to work, people don’t get represented.”