It’s About More Than Banning Books And Distorting History 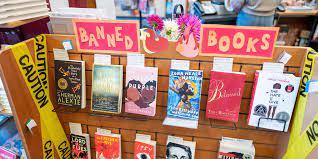 Anyone who hasn’t been marooned on a desert island or hiding in a cave for the past few years (options that sound increasingly appealing, actually…) has been inundated with reports of the unrelenting attacks on public school boards, curriculum, gay and transgender students, and the teachers and administrators who dare to stand up for any of them.

We shouldn’t get distracted by the purported targets of these attacks. The specific charges are monumentally phony–the actual aim is to dismantle American public education.

It’s tempting to respond to the absolute idiocy, for example, of claims that the schools are teaching “Critical race theory”–to point out that those leveling that charge couldn’t define CRT if their lives depended on it, and that it is explored (not “taught”) by legal researchers.

It’s equally tempting to point out that the parents “testifying” at school board meetings (actually, threatening school board members) are overwhelmingly the same parents who fail to attend parent-teacher conferences or otherwise involve themselves in the details of their kids’ educations (and those are the parents who actually have children in the system.)

And the effort to ban books, or remove them from the curriculum or the school libraries is ludicrous at a time when virtually all young people carry with them a device that connects them to a vast and dangerous world their parents cannot control.

The real goal of these efforts is to undermine support for the nation’s public schools, in order to make it easier to privatize them. As an article from Common Dreams began

When champions of market-based reform in the United States look at public education, they see two separate activities—government funding education and government running schools. The first is okay with them; the second is not. Reformers want to replace their bête noire—what they call the “monopoly of government-run schools”—with freedom of choice in a competitive market dominated by privately run schools that get government subsidies.

Today, that privatization movement is alive and pushing ahead, with Republican legislators in 16 states actively pushing bills to create or expand school vouchers and/or charter schools that are part of that movement.

The author then interviewed a lobbyist who had worked for the privatization movement; it’s worth clicking through and reading what a former “insider” has to say.

A more recent column in the New York Times, written by a resident of Tennessee, explains why the effort to remove “Maus” from the curriculum is the “least of our worries.” She reviewed the persistent and ongoing efforts of conservatives “trying desperately to insulate their children from the modern world without quite understanding how the modern world works”–and she argued that the new bans–often aimed at books that had been used without incident for decades– are really “a response to contemporary political forces whose true motivation has nothing to do with books. What they really want is to destroy public education.”

She writes that she is willing to give many censorious parents the benefit of the doubt, in the sense that they are deeply conservative and believe they are “protecting” their children. But as she points out,

these parents are being manipulated by toxic and dangerous political forces operating at the state and national levels. Here in Tennessee, book bans are just a small but highly visible part of a much larger effort to privatize public schools and turn them into conservative propaganda centers. This crusade is playing out in ways that transcend local school board decisions, and in fact are designed to wrest control away from them altogether.

I don’t mean simply the law, passed last year, that limits how racism is taught in public schools across the state. I’m talking about an array of bills being debated in the Tennessee General Assembly right now. One would purge books considered “obscene or harmful to minors” from school libraries across the state. Another would ban teaching materials that “promote, normalize, support or address lesbian, gay, bisexual or transgender (LGBT) issues or lifestyles.” Yet another would prevent school districts from receiving state funding for undocumented students.

Most of all I’m talking about Gov. Bill Lee’s announcement, in his State of the State address last week, that he has approached Hillsdale College, a Christian institution in Michigan, to open 50 charter schools in Tennessee — Mr. Lee reportedly requested 100— that would follow a curriculum designed to make kids “informed patriots.” Not informed citizens; informed patriots, as conservative Christians define that polarizing term.

What the author calls–correctly–an “existential threat to public education”  is part and parcel of the GOP’s effort to destroy democracy.

As the late political scientist Benjamin Barber explained, public education is constitutive of a public; without it,  democracy is simply not feasible.

To today’s GOP, that’s a feature, not a bug.