We are pioneering a new model for web journalism. 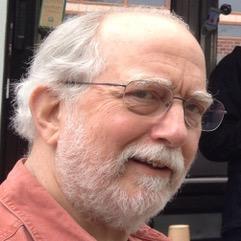 Local newspapers are shriveling, and the trustworthy news coverage that communities need for their civic and economic health is shriveling with them. Papers are dying far faster than digital news sites are taking root. Democracy’s infrastructure is crumbling.

This makes the need more urgent than ever for new models for community journalism that can thrive in the digital future — and the Banyan Project is a robust response to this. Our mission is to help seed independent news cooperatives in underserved communities, then support them with services tailored to help them succeed.

Banyan took a strategic approach to find a new model that 1) delivers professionally edited and trustworthy news coverage;          2) invites and empowers exceptional levels of civic engagement, community spirit and people helping one another; 3) sustains itself financially, and 4) is easily replicable, community by community, coast to coast.

The model that resulted is built on the long-proven foundation of consumer co-ops, with reader-members electing the boards of local news co-ops the way shoppers do in food co-ops and depositors do in credit unions — by one-member/one-vote democracy.

As Banyan has designed it, the news co-op is a vital grassroots community institution that makes its coverage free for all in the community to read.

The co-op’s heart is a lively digital public square where conversations are inspired and nourished by this coverage — but the square is open only to members. The value of this engagement is what attracts a significant fraction of readers to become members — the more people care about the health of their community the likelier they are to enroll.

The square is built into Banyan’s publishing platform, which offers easy-to-use digital tools Banyan has built to invite people to come together to explore issues, organize for constructive community change, find ways to help one another, and meet other community needs. In this process, communities discover their own distinctive grassroots voices.

The platform also invites members to offer feedback and news coverage ideas, helping the editors make decisions about coverage from the bottom up, not just from the experts down. This voluntary energy can significantly enrich news coverage — it’s the same kind of voluntary energy the web unleashes to fuel Wikipedia and much open-source software, only on a community scale.

A classic virtuous circle is the logical result:

The more revenue a co-op thus generates, the more powerful its journalism can be, and the more its community will advance — which should attract more paying members, and on and on.

Our model has attracted interest from people in more than 50 communities from coast to coast and we have shaped business plans tailored for small cities or large suburbs, for clusters of small rural towns, and for the Black communities of big cities.

Diversity, equity and inclusion are built into the co-op structure. Any enterprise can be mismanaged but the model’s grassroots nature opens the door wide to diversity. One-member/one-vote governance means equity of members no matter who the member is — and every member receives a small piece of tangible equity. And Banyan’s model has a budget line for free scholarship-memberships to people who receive means-tested benefits such as food stamps. Inclusion? Think about the deep engagement described above.

Each independent news co-op’s voting members will be hundreds or thousands of local readers, depending on community size. The editors will shape news coverage to serve the broad public of less-than-affluent everyday citizens we call the Banyan public, not just the upscale people newspapers tend to cultivate. The co-ops’ revenue structure is designed to make them self-sustaining despite ominous advertising trends.

Banyan resources for new news co-ops will include a comprehensive guide for organizing a co-op, templates for business planning, and plans for enrolling founding members, all supported by Banyan staff guidance. Ongoing support will include moderated online forums, publishing platform updates and problem solving for editors and executives.

In short, independent news co-ops that adopt Banyan’s model will be democracy-strengthening community institutions — of, by and for their communities.