Why We Need To Spend Four Trillion Dollars by David Brooks (!!!!!!) 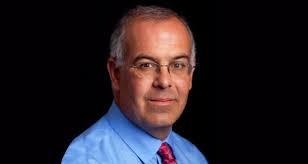 Over here, this is preaching to the choir.

But the piece I’m quoting was written by David Brooks in the New York Times.

That’s right.  Hell has frozen over apparently.  I’ll take it.

Here’s what he says, after expressing his sheer rage and frustration at the blockade of Biden, Schumer and Pelosi as they try to pass hugely consequential legislation that we absolutely need to address our aging infrastructure but mostly the sheer crying need of the people for help.

Over the past few decades there has been a redistribution of dignity — upward. From Reagan through Romney, the Republicans valorized entrepreneurs, C.E.O.s and Wall Street. The Democratic Party became dominated by people in the creative class, who attended competitive colleges, moved to affluent metro areas, married each other and ladled advantages onto their kids so they could leap even farther ahead.

There was a bipartisan embrace of a culture of individualism, which opens up a lot of space for people with resources and social support but means loneliness and abandonment for people without. Four years of college became the definition of the good life, which left roughly two-thirds of the country out.

I admit to being in shock right now.  DAVID BROOKS deplores the “trickle down,” ie, “Hoover up the people’s wealth,” that all but defines Reaganism.

And so came the crisis that Biden was elected to address — the poisonous combination of elite insularity and vicious populist resentment.

Read again Robert Kagan’s foreboding Washington Post essay on how close we are to a democratic disaster. He’s talking about a group of people so enraged by a lack of respect that they are willing to risk death by Covid if they get to stick a middle finger in the air against those who they think look down on them. They are willing to torch our institutions because they are so resentful against the people who run them.

The Democratic spending bills are economic packages that serve moral and cultural purposes. They should be measured by their cultural impact, not merely by some wonky analysis. In real, tangible ways, they would redistribute dignity back downward. They would support hundreds of thousands of jobs for home health care workers, child care workers, construction workers, metal workers, supply chain workers. They would ease the indignity millions of parents face having to raise their children in poverty.

YES!!  YES!!! this is it.  This is the nexus people who read history or whose parents and grandparents lived it absolutely dread — the preconditions that created WWII and the rise of Nazi Germany.

Forgive the bold type.  But I’m ecstatic that a lifelong conservative and old school Republican like David Brooks is willing to come out and say what we Democrats know in our bones, what Democratic Socialist Bernie Sanders and Senator Liz Warren shout about:  we are in grave danger.  The extreme inequality of wealth and status and opportunity in this country has created a poisonous stew, a literal fever swamp, a morass of evil bubbling and we must address it immediately.

As I wrote this I also noted that Biden is apparently asking the House to put the one trillion dollar infrastructure package on hold in favor of passing BBB.

PS:  Somebody PLEASE forward this to Joe Manchin, Krysten Sinema, and the godforsaken GOP.  What is wrong with them.  Since when do you murder tens, hundreds of thousands of Americans to make the Democrats look bad.  My god in heaven.

I feel a huge load off my chest having read this.  Maybe, maybe somebody will listen.