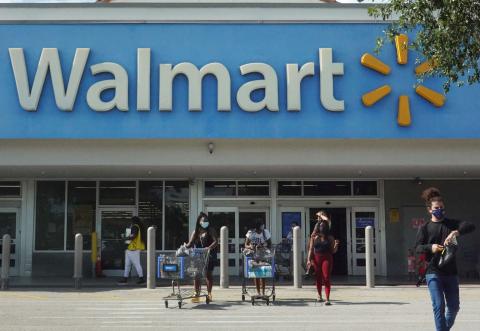 First Convenience Bank, Academy Bank and Woodforest National Bank all made more than 100 percent of their profit in 2020 and 2019 from overdraft fees, according to a study published earlier this year by the Brookings Institution. As the report notes, the firms “had overdraft revenues greater than total net income (meaning they lost money on every other aspect of their business.)”

The research was cited by Sen. Chris Van Hollen (D-Maryland) during an August 3 oversight hearing before the Senate Banking Committee featuring top financial regulators. The acting head of the Office of the Comptroller of the Currency (OCC), Michael Hsu, criticized “excessive fees on overdrafts,” and told Sen. Van Hollen that his agency is “looking very closely” at the issue.

“These particular institutions have been identified, as well as other practices. We’re going to use the full range of our toolkit, our supervisory toolkit, to address it,” Hsu said. “Some of these have been identified for some time and we’ve been working on it,” he added.

Van Hollen had asked about the safety and soundness of banks reliant on certain income streams for profitability. Hsu said it was a valid concern, but remarked that he couldn’t comment on specific cases or on “confidential supervisory information.”

It’s long been known that Walmart’s in-store banks are usually the country’s biggest collectors of overdraft fees. But the new scrutiny comes with Walmart attempting to expand its reach into the financial services industry. Earlier this year, the firm announced that it was launching a start-up “fintech” (financial technology) arm aimed at offering its customers “affordable financial solutions.”

Truthout asked Walmart to comment on Hsu’s remarks. This story will be updated if a company representative responds.

The Brookings study didn’t focus on Walmart, which is still the largest company in the world in terms of revenue and people employed, despite Amazon’s rapid expansion over the past two decades. The research looked into which firms derive most of their profit from overdraft fees, and found that the top three are all Walmart partners. First Convenience, Academy and Woodforest are also the only firms in the United States whose overdraft fees exceed 100 percent of profit totals, with penalties extracted by the former two exceeding 200 percent of each firm’s profit. Both Woodforest and First Convenience market services they offer at Walmart cash registers on their websites.

The author of the study, Brookings Senior Fellow Aaron Klein, said banks that earn most of their income from overdraft fees resemble “payday lenders” more than traditional banks. Loans are typically the most lucrative financial service offered by banks.

“They are a combination of payday lenders and check cashers, whose business model depends on a single product with a sky-high annual interest rate that is only paid by people who run out of money,” Klein said of the firms. He offered one example: a $35 overdraft fee to facilitate a $25 purchase, which amounts to an annual interest rate (APR) of 25,000 percent. By comparison, credit unions offer small dollar, short-term loans with APR capped at 28 percent.

Klein noted that prior research showed 9 percent of people accounting for 80 percent of all overdraft fees, highlighting how overdraft fees lead to a cycle of debt similar to that which ensnares borrowers of payday loans. Another recent study by the Financial Health Network showed that 43 percent of lower-income households reported having overdrafts in the past year, with 9.6 overdrafts on average.

In 2014, overdraft fees at in-store Walmart banks made national news when an analysis published by the Wall Street Journal showed how the firms had disproportionately high overdraft penalty income, and how they were effectively being used by Walmart customers as alternatives to payday lenders. The article noted how the vast majority of First Convenience, Academy and Woodforest branches were located inside of Walmart stores.

In 2010, the biggest and most Walmart-dependent of the three, Woodforest, paid $33 million to settle OCC allegations over deceptive practices and excessive overdraft fees. The company altered its practices but the agency settled the charges without making the firm admit or deny the charges against it.

Robert Marling, then-Woodforest CEO, told the Wall Street Journal in 2014 that he was aware of people using his bank as a substitute for a payday lender. Woodforest lets people overdraw up to $500 for a penalty fee.

Walmart became the largest company in the world in 2002, at the height of the neoliberal-era push for deregulation, after a series of free trade agreements led to the offshoring of U.S. manufacturing and growth in the nation’s service economy.

The firm also topped the Fortune 500 list through an aggressive cost-cutting strategy — by squeezing suppliers and through ruthless union-busting campaigns targeting its staff. Walmart has shut down entire stores and divisions rather than negotiate with workers who vote to unionize. Not one of the company’s 1.5 million employees in the U.S. belongs to a union. New hires have also been forced to watch a training video bashing collective bargaining. The result has been the preservation of poverty wages for Walmart employees. No other company has more of its staff on means-tested welfare programs like Medicaid and food stamps, according to a study published last November by the Government Accountability Office.

Since 2017, Walmart has given its employees an alternative to overdraft fees and payday loans in the form of payday advances with interest rates between 6-36 percent. About 27 percent of the company’s workforce, or 380,000 employees, used the service in 2019.

After capturing the largest share of the retail market, Walmart sought to establish its own bank by applying for a federal bank charter in October 2005. The company withdrew its application in March 2007 after pushback from lawmakers and regulators.

But with the development of fintech companies, Walmart doesn’t need to apply for a bank charter to expand the array of financial services that it offers. Fintech firms can be regulated as vendors to banks. One such company, Chime, recently attracted scrutiny from ProPublica after it received a high volume of complaints for restricting its customers’ access to their money.

Walmart said in February that it had no plans to apply for a charter to become an industrial loan company (ILC) after beefing up its fintech team by hiring two senior bankers from Goldman Sachs. (In December 2020, the Federal Deposit Insurance Corporation made it easier for non-financial firms to become ILCs, which are allowed to act like banks without oversight by the Federal Reserve.) Industry observers have also said that Walmart doesn’t appear interested in establishing its own bank, but rather on beefing up the services it offers by smartphone app. This could give the company and its partners additional opportunities to extract onerous banking fees from customers without being subject to the oversight that normal banks face.

But it’s unclear how the regulatory landscape would look for the company’s fintech venture if officials crack down on high penalties from partner banks whose business models resemble that of payday lenders.

“Excessive fees on overdrafts, predatory lending, high-cost debt traps: All these things should be prohibited,” Hsu told Van Hollen. “They don’t have a place in the federal banking system.”

Sam Knight is a reporter, editor and cofounder of The District Sentinel, a news co-op reporting on Washington and federal policy for the left.