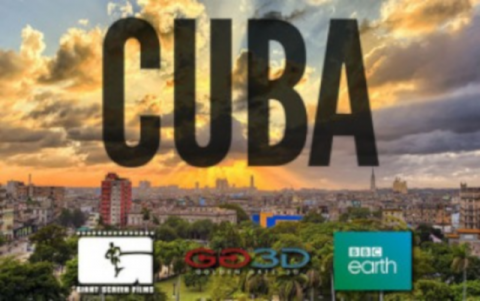 When I was a small child, my parents took me to Starved Rock State Park, in LaSalle, Ill. Three hundred years earlier, on a rock formation 125 feet above the Illinois River, a group of Native Americans had taken refuge while being attacked by enemies from below. Fully surrounded, cut off from the outside world and its sustenance, they had eventually died of hunger and thirst.

As I returned from my latest trip to Cuba last June, the image of a proud, defiant, and encircled people starved to death by a more powerful enemy flashed across my mind. I had traveled to the island as a member of a delegation of philosophers and social scientists attending an international conference at the University of Havana. It seemed to me that the metaphor of Starved Rock better represented the reality of relations between the United States and Cuba than the more-conventional metaphors favored by the news media.

Since Cuba’s social and political revolution in 1959, the media and the U.S. government have depicted American-Cuban relations in cold-war terms -- as a battle between good and evil, freedom and tyranny, democracy and dictatorship, capitalism and communism. Now the cold war has ended, but the policies of the United States toward Cuba remain the same.

Despite the fact that journalists and politicians do not seem to have adapted to the changing world, other concerned Americans have been forging a new relationship with Cuba. Over the last decade, the U.S. government (which restricts travel to Cuba) has allowed some scholars, peace activists, health-care professionals, and others able to demonstrate a professional interest in Cuba to travel to the island. Cuban Americans also have been allowed to return there to visit relatives.

Unfortunately, decisions made by President Clinton in August now severely restrict the categories of people who will be allowed to visit in the future -- including researchers. That is unfortunate, both because avenues for research will be closed off and because the scholars who visit Cuba come back with a story very different from the one told by American politicians.

Scholarly analyses of the historical relationship between the two countries and of recent changes in Cuba suggest that U.S. policy toward the island is misguided. It is vital to remember that the Cuban economy and political system were shaped by 450 years of Spanish colonial rule, followed by 60 years of almost total U.S. control of the country’s economic and political life.

Significant U.S. investment in the Cuban sugar industry began in the 1880’s and expanded rapidly over the next 30 years. The United States undertook a virtual military occupation of the island after the end of the Spanish-American War in 1898.

In short, by the late 1950’s, Cuba’s economy depended on foreign-owned exports and a foreign-owned tourist industry. Most important, the wealth accumulated from that economy was disproportionately distributed among small numbers of foreign investors and wealthy Cubans, leaving most of the population in poverty.

The inequitable economic system that had been created in the era of Spanish colonialism and reproduced later under U.S. control was maintained by a Cuban dictatorship supported by the United States. By the 1950’s, powerlessness and poverty had created revolutionary ferment. Cuban revolutionaries led by Fidel Castro sought economic and political democracy, improved health care, better education and housing, and a diversified economy free from foreign control.

Under the eight U.S. Presidents in office since the late 1950’s (with only a modest reduction of tension during the Carter years), our foreign policy has opposed the Cuban revolution. Initially, the U.S. canceled sugar purchases, created an economic blockade of the island, and ended diplomatic recognition. Although the 1961 Bay of Pigs fiasco -- the Central Intelligence Agency’s planned invasion of Cuba with 1,400 dissident Cuban refugees -- was crushed in three days, efforts to overthrow the revolutionary government continued.

Since the Bay of Pigs, the United States has put pressure on its allies to end their ties to Cuba, supported subversion and assassination teams, paid for projects to destroy crops on the island, encouraged defections and the flow of refugees to U.S. shores, supported at least 12,000 Cuban refugees in Florida in various covert and other anti-Cuba projects, and periodically threatened the island with military assault.

The low-intensity war on Cuba gained another weapon when Congress created “Radio Marti” in 1983 and “TV Marti” in 1990 to beam anti-Castro propaganda to the island. In 1992, Congress further tightened the economic blockade by barring multinational corporations with U.S. involvement from trading with Cuba.

Few Americans know that in spite of being forced by U.S. hostility to seek alliance with the Soviet Union, Cuba went to great lengths to establish its own international identity and carried out economic programs at home that sometimes contradicted Soviet advice. For example, in both the 1960’s and the 1980’s, Fidel Castro adopted some economic reforms and programs that Soviet advisers strongly opposed, decentralizing economic decision making and giving incentives to workers. These policies have been described in detail by scholars, including the political scientist Max Azicri in his 1988 book Cuba: Politics, Economics, and Society. Other scholars have analyzed similar issues and trends in such collections as the 1989 The Cuba Reader: The Making of a Revolutionary Society, edited by Philip Brenner, William M. Leo Grande, Donna Rich, and Daniel Siegel, and the 1990 Transformation and Struggle: Cuba Faces the 1990’s, edited by Sandor Halebsky and John M. Kirk.

It is true that Cuba got oil, heavy machinery, and other products from the Soviet Union, but it received them in exchange for agricultural and other commodities, not as handouts. The distinction is important, because it highlights the fact that Cuba was not a mere extension and tool of the Soviet Union, as U.S. policy makers have portrayed it.

With the collapse of the Soviet bloc, Cuba has taken several steps to make up for its trade losses. Economists, political scientists, and others who have visited Cuba in recent years have witnessed steps that the Cuban government has undertaken to increase tourism to earn valuable foreign currency; establish joint tourism ventures with investors from Spain, Great Britain, and Canada, among other countries; pass new laws encouraging foreign investment; expand its sophisticated, government-supported program of biotechnological research; and increase exports of new serums and medical equipment to a variety of countries. Despite the portrait in the U.S. media of a country isolated from the rest of the world, Cuba has expanded its trade with Europe, Latin America, and Asia.

Scholars have observed other important changes in recent years, including the government’s agreement to allow Cuban citizens to use American dollars to buy goods not available under rationing (although Mr. Clinton in August restricted the right of Cuban Americans to send dollars to the island), transformation of state-run farms into agricultural cooperatives, and legalization of the establishment of small private enterprises. These changes have been debated on Cuban television and in thousands of workplaces around the country.

Even before the economic crisis brought about by the collapse of the Soviet Union, scholars noted that Cuba had begun to institute a variety of reforms to try to rekindle enthusiasm for the ideals of the revolution and to engage Cubans more directly in decisions affecting their lives. For example, the campaign of “rectification” (now halted because of the economic crisis) sought, among other things, to increase worker participation in plant decisions and to involve more young people and women in politics.

Some reforms have continued in the 1990’s. The rules for last year’s election were changed to give Cubans more voice in the political process. In prior elections, people voted for representatives to municipal assemblies, which in turn selected the provisional assemblies, which then selected national legislators. In the 1993 election, however, Cubans voted directly for candidates for the national legislative body. Eighty-three per cent of the legislators elected are serving for the first time, and they include larger numbers than ever before of young people, women, and Cubans of color.

Evidence gathered by academics and others in visiting delegations suggests that despite the economic problems, most Cubans still support their government. At the time of the 1993 election, right-wing Cuban-American radio broadcasts from Miami urged Cubans to reject Castro’s regime by not voting or by defacing their ballots. But more than 90 per cent of eligible voters did vote, and fewer than 10 per cent of the ballots were defaced or left blank. Despite the fact that most U.S. media outlets never mentioned the Cuban election, many American scholars and researchers saw it as a referendum affirming the Cuban government.

It is important to note that even the Cubans on the island who blame the country’s government for their economic hardships view militantly right-wing Cuban Americans (such as Jorge Mas Canosa of the Cuban American National Foundation in Miami, who has advised Presidents Reagan, Bush, and Clinton on Cuba) as a greater threat to the country than the economic crisis. I and many of my colleagues who have attended scholarly meetings on the island have heard this sentiment voiced by ordinary Cubans again and again. Most Cubans see vocal Cuban-American leaders such as Mas Canosa as direct descendants of the hated former dictator Fulgencio Batista y Zaldivar and his henchmen.

In sum, several of Cuba’s economic difficulties are rooted in its history of foreign domination, first by Spain and then by the United States. But the Cuban revolution has survived, creating a humane regime for most of its population, with particular successes in health care, education, housing, and science. Life-expectancy and infant-mortality rates are similar to those in the United States, the literacy rate is 97 per cent, and the number of teachers has increased elevenfold since the revolution. While poor by many indicators -- such as per-capita income -- compared with most other third-world countries, Cuba has accomplished an admirable degree of social and economic development.

The implications for the United States seem clear: It is time for a change. Our current policies are not only irrational, given that the cold war that inspired them is over; they are inhumane and out of touch with the desires of most Cubans, whom we claim to be trying to free.

It seems unlikely that U.S. policy will change, however, until the American public becomes much better informed about the history of Cuban-American relations and the current state of affairs in Cuba. Those of us who have visited and studied Cuba must speak out and try to present a broader and more realistic picture of today’s Cuba, for surely mutual isolation and hostility are unnatural for two countries just 90 miles apart.

Cuba is no longer allied with a superpower enemy of the United States. Cuba is reforming its economic and political system in line with changes occurring in economic and political structures around the world. It is time for the United States to begin negotiating the end of its economic blockade. Then it can start to forge reasonable new political, economic, cultural, and scientific connections with the island.

Harry R. Targ is professor of political science at Purdue University. He is the author of Cuba and the USA.: A New World Order? (International Publishers, 1992).