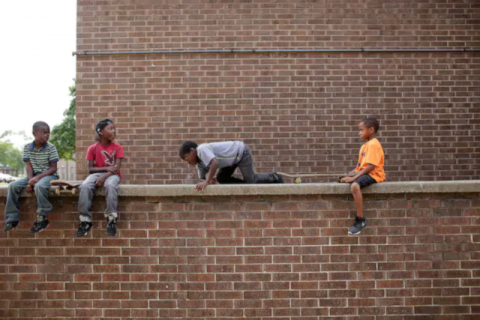 The Department of Housing and Urban Development has for years neglected to enforce its own environmental regulations, resulting in lead poisoning of children in at least one public housing development and potentially jeopardizing residents’ health in thousands of other federally subsidized apartments near contaminated sites, according to an inspector general report obtained by The Washington Post.

The agency’s watchdog reviewed HUD’s efforts to identify and mitigate health risks to residents of public housing near toxic waste dumps after the East Chicago, Ind., apartment complex, where tenants had been living with lead contamination for more than four decades, was deemed uninhabitable in 2016.

The West Calumet Housing Complex was declared a Superfund site in 2009 and demolished in 2019, its 1,100 mostly Black and Hispanic residents relocated.

The inspector general found that HUD and other agencies failed repeatedly to alert residents and remedy unsafe environmental conditions at the public housing development, built in 1972 atop a former lead smelting plant that turned refined copper and lead into batteriesHUD’s field office in Indianapolis did not conduct the required environmental reviews, even after the Environmental Protection Agency discovered high levels of lead in 198

A 1998 investigation by the U.S. Department of Health and Human Services revealed that 30 percent of children under 6 years old in the West Calumet community exhibited elevated blood lead levels. Lead can damage the developing brain.

In 2008, the EPA removed elevated levels of lead in surface soils in residential properties in the area. And the Indiana health department identified 18 children under 7 years old with elevated blood lead levels in 2016. The water, too, contained lead

It was not until 2017 that HUD conducted a comprehensive environmental review of the site that uncovered historical bulk petroleum storage tanks, polychlorinated biphenyl (PCBs), known contaminants of lead and arsenic in the soil, historical metal refining and industrial operations near the site and other hazards, the report said.

Earlier, insufficient reviews by the agency’s Indianapolis field office had allowed the East Chicago Housing Authority to renovate the housing complex without taking environmental hazards into account. HUD did not have a strategy for researching and reviewing properties for possible site contamination, the report said.

More rigorous environmental assessments would have revealed the housing complex was built on top of a former lead smelting facility and that the site was contaminated, the report said.

HUD, in comments included in the report, had disagreed with the inspector general’s finding that the agency lacked a strategy to evaluate properties for environmental toxins and asserted it laid out a formal and ongoing strategy in 2017. HUD told the inspector general that the agency is working with the EPA to identify sites with the greatest risk for human exposure to dangerous toxins. It noted that sheer proximity is not a cause for alarm.

“HUD takes its oversight of environmental review seriously, especially when there is a potential risk to residents. The ‘one mile radius’ standard discussed in [the inspector general] report was an initial screening method and does not mean there is a current hazard to residents,” HUD spokeswoman Meaghan Lynch said in a statement to The Post. “HUD will continue its work with EPA to improve information sharing and to jointly evaluate the proximity of other HUD-assisted housing to contaminated sites, and will publicly release its analysis this year.”

The inspector general declined to comment because its report has not been released.

By law, federally funded housing is supposed to be safe and free of hazardous materials, contamination, toxic chemicals and gases, and radioactive substances. Federal regulations state that special attention be paid to housing sites on or near dumps, landfills, industrial sites or other locations containing hazardous waste. It is HUD’s responsibility to ensure that state and local governments, as well as local housing authorities, comply with environmental reviews so potential contaminants that could endanger residents’ health are addressed.

Public housing has historically been built on the least desirable land, the report noted. The EPA in 2016 provided HUD with a list of more than 18,000 federally funded housing developments located within a mile of potentially toxic sites across the country.

Of the 7,676 properties that the EPA had flagged as the highest priority, HUD decided to focus on seven. The EPA in February 2020 produced a new analysis that identified 2,745 high-priority properties. Neither HUD nor the inspector general’s office would release the list of properties. The Intercept and APM Reports reported last month that federally subsidized properties close to Superfund sites are spread among 480 cities in 49 states and territories.

Escaping one of the nation’s worst environmental disaster zones

The inspector general’s office plans to release its report this week, nearly a month after President Biden signed an executive order to prioritize environmental justice and directed federal agencies to invest in low-income and minority communities that have disproportionately borne the brunt of pollution.

HUD’s lack of oversight extends beyond environmental threats to the physical conditions of federally funded properties, the inspector general’s report said. In Cairo, Ill., the Alexander County Housing Authority allowed apartments to fall into such disrepair that two housing developments had to be demolished, displacing 400 residents, according to a 2018 inspector general report. The inspector general later found that the agency didn’t refer 18 troubled public housing authorities for federal takeover as the law requires, and instead allowed conditions to further deteriorate.

Despite officials at the East Chicago Housing Authority being present during EPA meetings in which lead contamination was discussed, the executive director of the housing authority maintained that she was unaware of lead contamination until 2016, the report said.

As of last October, it has yet to do so, the new report noted.

Tracy Jan covers the intersection of race and the economy for The Washington Post, a beat she launched in December 2016. She previously was a national political reporter at the Boston Globe. Follow