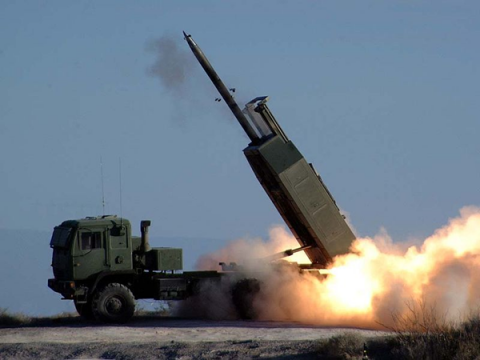 President Biden on Tuesday confirmed that his administration is sending medium-range advanced rocket systems to Ukraine, responding to a top request from Ukrainian officials who say the weapons are necessary to curb the advance of Russian forces in the east. (Rachel Pannett, John Hudson, “Biden confirms U.S. is sending advanced rocket systems to Ukraine”. Washington Post, June 1, 2022)

“America’s goal is straightforward: We want to see a democratic, independent, sovereign and prosperous Ukraine with the means to deter and defend itself against further aggression.” President Joe Biden.

Opposing Imperialism and War at the Same Time

The peace movement has often been faced with a dilemma. Should it channel its energies in opposition to imperialism, including economic expansion and covert operations, or should it mobilize against war, or both. The problem was reflected in President Obama’s August 5, 2015 speech defending the anti-nuclear proliferation agreement with Iran.  On the one hand he defended diplomacy as the first tool of a nation’s foreign policy and on the other hand his defense included the argument that through diplomacy the United States “won” the Cold War, and thereby defeated a bloc of states that opposed capitalist expansion. The implication of his argument was that pursuing imperialism remained basic to United States foreign policy but achieving it through peace was better than through war.

The speech was presented at American University 52 years after President Kennedy called for peaceful competition with the former Soviet Union. In June, 1963, nine months after the Cuban Missile Crisis, which nearly led to nuclear war, and weeks after Soviet leader Nikita Khrushchev’s call for “peaceful coexistence,” President Kennedy responded by urging the use of diplomacy rather than war in the ongoing conflict with the Soviet Union.

A small but growing number of scholars and activists in the early 1960s had begun to articulate the view that the threat of nuclear war, growing U.S. involvement in Southeast Asia, and repeated covert interventions in Guatemala, Iran, Cuba, and the Congo, had to do with U.S. imperialism. The dilemma for the peace movement in 1963 then as it is in 2022 is how to respond to United States imperialism at the same time as supporting the use of diplomacy to forestall wars.

The Two Strands of Imperial Thought: Neoconservatism and Humanitarian Interventionism Lead to the Same Policies

Despite differences in political discourse since the collapse of the Soviet Union in 1991, “neoconservative” and “humanitarian interventionist” factions of the foreign policy elite, have continued to advocate policies that have retained war as a central tool of US global goals. (This tool, of course, is a centerpiece of pressure from the arms industry). Therefore, any foreign policy initiative that reduces the possibility of war and arguments about its necessity should be supported by the peace movement. In 2015, the agreement with Iran endorsed by most countries except Israel constituted an effort to satisfy the interests of Iran and the international community without the shedding of blood and creating the danger of escalation to global war.

Neoconservatives, celebrants of war, have had a long and growing presence in the machinery of United States foreign policy. James Forrestal, the first Secretary of Defense in the Truman Administration, was a leading advocate for developing a militaristic response to the Soviet Union in the years after World War II. As historian Andrew Bacevich pointed out, Forrestal was one of the Truman administrators who sought to create a “permanent war economy.” He was, in Bacevich’s terms, a founding member of the post-World War II “semi-warriors”.

Subsequent to the initiation of the imperial response to the “Soviet threat” --the Marshall Plan, NATO, wars in Korea and Vietnam, the arms race--other semi-warriors continued the crusade. These included the Dulles brothers (John and Alan), Air Force General Curtis LeMay, and prominent Kennedy advisors including McGeorge Bundy and Walter Rostow, architect of the “noncommunist path to development,” in Vietnam.

Later, key semi-warriors such as Donald Rumsfeld, Dick Cheney, Elliott Abrams, Robert Kagan, and others formed the Project for a New American Century (PNAC) in the 1990s. They had gained their first experience in the administrations of Richard Nixon and Ronald Reagan. The PNAC view of how the United States should participate in world affairs is to use military superiority to achieve foreign policy goals. The key failure of Clinton foreign policy, they claimed, was his refusal to use force to transform the world. For starters, he should have overthrown Saddam Hussein in Iraq.

The neoconservative policy recommendations prevailed during the eight years of the George Walker Bush administration. International organizations were belittled, allies were ignored, arms control agreements with Russia were rescinded and discourse on the future prioritized planning for the next war. And concretely the United States launched long, bloody, immoral wars in Iraq and Afghanistan.

Humanitarian interventionists, more liberals than conservatives, argued that the United States should use force, but more selectively than proposed by the neoconservatives, to achieve varied goals. Their goals included interventions that allegedly defended the quest for human rights. Although, advocates of humanitarian interventionism argued that the United States must use all means available, military and diplomatic, to maximize interests and values, force need not be the first or only instrument of policy.

But in the end the humanitarian interventionists encouraged bombing Serbia, intervening in a civil war in Libya, funding rebels perpetuating war in Syria, expanding military training and a U.S. presence in Africa, and funding opposition elements against the government in Venezuela. In addition, with advice from humanitarian interventionists, the United States increased the use of drones to target enemies of U.S. interests in East Asia, the Persian Gulf, and the Middle East.

In the United States both neoconservatives and humanitarian interventionists have led the charge for war-making since World War II. Between the end of that war and the 1990s, 10 million people died in wars in which the United States had a presence. Hundreds of thousands of young men and women serving in the armed forces of the United States have died or been permanently scarred by U.S. wars. And the physical landscapes of Southeast Asia, the Persian Gulf, Central America, and the Middle East have been devastated by war. And in the United States, foreign policy elites, politicians, and think tank experts still advocate violence to address international problems.

And the War in Ukraine Today 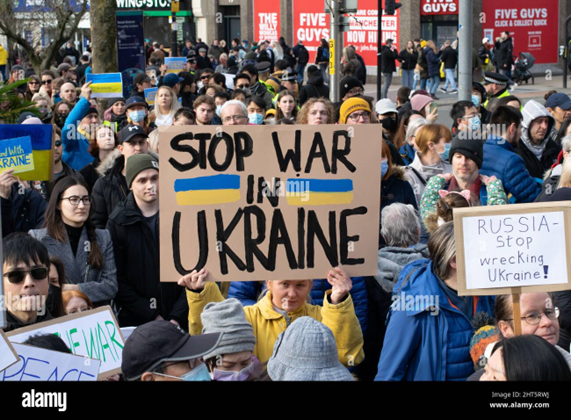 Charles Osgood, a social psychologist, developed his strategy of Graduated Reciprocation in Tension Reduction or GRIT in the 1960s. He claimed it worked during the Cuban Missile Crisis and others have claimed that it has worked in other conflict situations such as US/Iranian negotiations. https://savinghumans.wordpress.com/2014/05/21/building-a-spiral-of-trust-through-grit/

GRIT’s basic point is to get one side, in this case US/NATO/Ukraine, to make some serious but not risky unilateral moves inviting the other side to reciprocate. (And that is where peace movement activism and pressure might come in.) And such de-escalatory moves should be continued but not to endanger the security of the initiating party. (And the recent conversation between Secretary of Defense Lloyd Austin and Russian Defense Minister Sergey Shoygu was one example which has apparently not been continued).

The GRIT strategy would suggest that the Russians might eventually stop the killing, perhaps order troops in place, and/or pull back some troops.  One critical goal would be to get a number of nations to send representatives to negotiate a ceasefire and further tension-reduction. In this case the Minsk Accords might be a starting place.

GRIT may not work but is worth a try. And if one looks at the GRIT strategy for tension-reduction US policy is now doing just the opposite; that is the US is escalating by word and deed including more threats, more demands, more arms, and more calls for expanding the scope of the conflict.

And it is in this context that the announcement by President Biden that the United States is sending medium-range advanced rocket systems to Ukraine is a move in the wrong direction. If it is true, as Biden’s New York Times editorial claims, that he wants negotiation to end the war in Ukraine he is carrying out policies that are the direct opposite to a de-escalatory strategy suggested by Osgood and others. And President Biden has put the humanitarian interventionist gloss on the escalatory policy by declaring that the US goal is to support a  “democratic, independent, sovereign and prosperous Ukraine.”

So, while social psychology is not political economy or realpolitik, it might help end the killing. And for the peace movement stopping the killing and reducing the threat of global nuclear war means prioritizing “talks not war,”

In sum, the Russian invasion of Ukraine is deplorable and the issues between all contending parties are more intractable today than the negotiations with Iran referred to above. And yesterday’s announcement of the reported US transfer of the new round of weapons to Ukraine has deepened the conflict beyond the Russian invasion of February 25. Russia’s engaging in violence and destruction, and the United States and NATO supplying arms to Ukraine, can only lead to more death, hunger, and the danger of escalation to nuclear war.

Therefore, in the context of a huge arms industry and global economic and political interests, any presidential initiative that uses diplomacy rather than force, declares its opposition to unilateral action, and challenges the war mindset deserves the support of the peace movement. And any military escalation should be opposed.