Redistricting Over, IN Voting Rights Group Looks to the Future 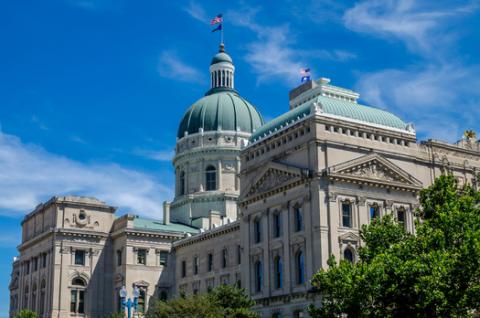 Indiana's redistricting process concluded in October, but one voting rights group is eyeing ways to ensure fair representation in the future.

From introduction to final approval, it took Indiana lawmakers less than three weeks to adopt new legislative and congressional maps. Julia Vaughn, policy director with Common Cause Indiana, said that timeline meant few opportunities for the public to weigh in on the process.

She said that Common Cause is pushing the General Assembly to approve a citizen's commission to handle redistricting in the future.

"It's only when we take this job away from very self-interested politicians that we're going to get fair districts," said Vaughn.

In a written statement issued after the maps' approval, Gov. Eric Holcomb said that the process was conducted in "an orderly and transparent way."

According to the 2020 Census, Indiana's Black and Hispanic population grew slightly in the past decade, but Democrats in the assembly say the new voting maps dilute the voting power of those communities in favor of rural, predominantly white voters.

"It is a long-term civic engagement, movement-building effort that we have to engage in to change the way that the district lines are drawn," said Feng.

Redistricting happens after states receive results from the U.S. Census. If they go unchallenged and unaltered, Indiana's maps will remain in place for the next decade.