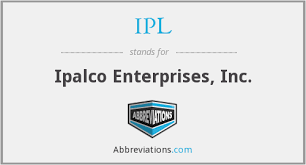 In his 29 years as a maintenance worker for the Indianapolis Power and Light Company (IPALCO), James C. Gilmore had never been asked to do anything like it. But in late 2000 and early 2001, according to an affidavit filed with the U.S. District Court, Southern District of Indiana, he was ordered to remove "many carts full of accounting records, minutes of the Board of Directors of IPALCO, and other documents" to a large truck-borne shredder, which was rented from a company called Shred-Tech and parked in the alley behind IPALCO headquarters.

IPALCO at the time was getting ready to merge with the AES Corporation, a Virginia-based global-utility behemoth, in a deal that IPALCO's managers and board of directors were touting to shareholders -- while rushing to dump their own stock before the merger took effect. In fact, the merger quickly turned into a financial disaster for IPALCO stockholders and for the company's workers, whose 401(k) plans were locked into a heavy investment in IPALCO. But the directors and officers by then had cashed out.

What was in the papers that Gilmore carted to the shredder is just one of the interesting questions now raised by angry stockholders, employees and retirees in four class-action lawsuits. The defendants -- IPALCO and its officers and directors -- include White House Office of Management and Budget (OMB) Director Mitch Daniels, who was a board member at IPALCO at the time of the merger decision.

In the Hoosier State, IPALCO is being called "Indiana's Enron," and though there's no bankruptcy dimension to the IPALCO affair, the parallels to Enron are nonetheless striking, right up to the prominent White House ties to both cases. So why has no one outside the state noticed? "Frankly, I've been amazed that this hasn't gotten any more traction than it has on the national scene, [because] it fits perfectly within the context of Enron, Tyco and all the other scandals, and because of the Daniels connection," says Brian Howey, editor of the Howey Political Report, an influential journal in Indiana.

The saga of how IPALCO's stockholders, workers and retirees got fleeced begins late in 1999, when IPALCO was casting about for a merger partner. By the spring of 2000, two prospective acquirers had offered to buy the company for $23.50 a share. In May the AES topped their bids by offering $25 a share, but in June it withdrew the cash offer and said it would instead pay for IPALCO shares with AES stock. According to the lawsuit filings, AES shares were obviously volatile and the company's overly ambitious global-expansion plans were fraught with peril. Nonetheless, in July, with other cash offers still on the table, the IPALCO board unanimously voted to go forward with the AES deal.

Despite the board's apparent enthusiasm, the acquisition didn't exactly receive an overwhelming stockholder endorsement: More than 45 percent voted against it. But it passed and, at the end of March 2001, the actual stock swap took place. Within days, the price of AES shares started falling. Six months later, it took a one-day plunge of 49 percent after the company announced that its 2001 results would be worse than expected. As of this writing, AES shares have lost more than 90 percent of their March 2001 value. Yet by the share-exchange date, virtually all of IPALCO's board members and officers had dumped their stock -- walking away, according to the lawsuit filings, with an estimated $43.6 million in profits and golden-parachute benefits.

Management's actions, says John R. Price, a former Republican candidate for governor of Indiana and the first attorney to take on the IPALCO stockholders' case, appear to be rather at odds with their assurances to rank-and-file shareholders and employees. "It's really outrageous, because while these guys were dumping their own stock ... they were also investing more than 70 percent of [their employees' 401(k) retirement savings] in IPALCO stock and locking it in so no one could divest," says Price. "Nobody in their right mind would put three-quarters of their eggs in one basket. The responsible thing would have been to diversify. But they didn't do that." IPALCO employees and retirees, according to Price, lost about $95 million on the stock swap.

Price says that well before he agreed to represent angry shareholders, he thought that something about the IPALCO-AES deal was fishy and at odds with his ideals. "I'm a conservative Republican in the populist sense, and I don't believe that if you have power you use your standing to hurt people who don't," he says. "Before I got involved in the case -- while the merger was going through -- I actually ran into one of the directors on the street, who told me that AES was 'a dog of company.' ... Unfortunately, I can't be a witness in my own case, but I'm convinced they knew what they were doing was going to hurt the little guys."

It was one of the "little guys" who first brought the matter to Price's attention -- at a downtown Bible study group. "A guy in the group worked for IPALCO and mentioned to me in conversation that he was concerned about the board's recommendation, [because] unlike IPALCO, AES doesn't pay any dividends. He basically did the due diligence the board should have done, and he concluded AES wasn't the right merger partner. They're diversified all over the world in political environments they can't control and areas where they're having regulatory problems. After the stock dropped, he told me he wanted to do something legally."

Given the potential magnitude of the case -- "more than my two-man law firm can handle," according to Price -- the attorney began to look around for help. Enter Steven Berman of the Seattle firm Hagens Berman, who is co-lead counsel for Enron shareholders. This was a big legal gun, indeed. As Berman told the press last month, "We intend to prove that the [IPALCO] board knew AES was a sinking ship, but knew they would be handsomely rewarded for their acquiescence."

At this point, even some conservatives in Indiana are calling for stricter regulation. In a June 30 editorial, the generally right-wing Indianapolis Star cited "the IPALCO debacle" as an example of "why state regulators need more authority over utility mergers." The Star deplored the fact that "regulators in more than 30 states, including [neighboring] Kentucky and Ohio, have the power to approve, reject or modify transactions, but Indiana's do not."

The IPALCO revelations have certainly added interest to Indiana's upcoming elections. The top state post up for grabs this year is the office of secretary of state -- which, among other things, has oversight of securities. Democrat John Fernandez, the 41-year-old two-term mayor of Bloomington, has opened both barrels on his opponent, 32-year-old Todd Rokita, a deputy to Sue Ann Gilroy, the current Republican secretary of state. Both candidates are calling for increased regulatory vigilance and authority, and both support a recently begun investigation into the IPALCO affair by Gilroy's office. However, Rokita has not only avoided any direct criticism of IPALCO, he's hosted Mitch Daniels at a fundraiser, which drew his opponent's fire.

"Wherever I've been discussing this with people," Fernandez says, "I see a lot of eyes rolling. No one believes there can be a serious investigation when Mitch Daniels and the current secretary of state are headlining fundraisers for Rokita. Hell, after the fundraiser, the Indianapolis Star quoted 'members of Rokita's campaign' saying that 'Daniels did nothing wrong while on the board.' Do they know something about the investigation that we don't?"

In an August interview on an Indianapolis TV station, Daniels said that when he was on the IPALCO board, he asked management to hire a "separate financial counsel" for the board, and this consultant confirmed that the AES merger was "the best step for shareholders." Daniels also said he'd sold IPALCO stock in January 2001 "to comply with my ethics agreement at the time of my appointment" as OMB director. Price, Fernandez and others note, however, that the timing was awfully convenient. More importantly, they say, the continuing claims of diligence, by Daniels or anyone else on the board, are precisely what must be investigated.

One can hope, along with political analyst Howey, that it won't just be in Indiana that the unfolding story is noticed.

Jason Vest is a Senior Correspondent for The American Prospect and a contributor to the Boston Phoenix and The Nation, specializing in intelligence and national security affairs.