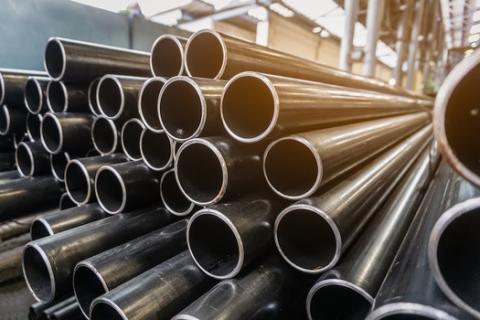 GARY, Ind. - Northwest Indiana is the largest steel-producing region in the United States, and supporters of the industry say keeping the 2018 steel tariffs in place will be critical for post-pandemic recovery.

A report from the Economic Policy Institute outlined how a 25% tariff on steel imports under Section 232 of the Trade Expansion Act has provided relief to steel-producers facing prices undercut by foreign imports.

With an oversaturated steel market, said Pete Trinidad, Sr., a steelworker and president of United Steel Workers Local 6787, many Hoosiers lose out on well-paying jobs that help them support their families.

"Obviously, tariffs aren't a permanent fix; [Section] 232 can't be there forever," he said. "But we need some type of quota system, or something that says we need to produce a certain amount of steel ourselves."

He added that having robust steel production in the United States also is important for emergency situations - like, for example, making ventilators in the pandemic - as well as national security demands. Opponents of the tariffs have pointed out that steel prices have risen for manufacturing businesses in the last year, but the report said that's because of increased demand and COVID shutdowns rather than the tariffs.

With President Joe Biden considering whether to repeal Section 232, Scott Paul, president of the Alliance of American Manufacturers, said he thinks it would be premature.

"The underlying problems the global steel overcapacity - which has been driven over a number of decades by China and other countries - remains unaddressed," he said.

He noted that steel is a critical resource in many sectors, including providing clean water via steel pipes, and energy by way of the wiring in the electrical grid.

U.S. Rep. Frank Mrvan, D-Ind., pointed to data that show more than 3,200 new steel-worker jobs have been created, and imports have dropped 27% - all with no meaningful impact on the prices of steel-made products, from motor vehicles and household appliances to construction and electrical equipment.

He added that one of his priorities in Congress is beefing up enforcement of existing trade laws so global actors such as China can't circumvent them.